From chilled out chit-chat to hardcore hiking, the options of an international in Bergen's student organizations' scene are limitless. Or are they? 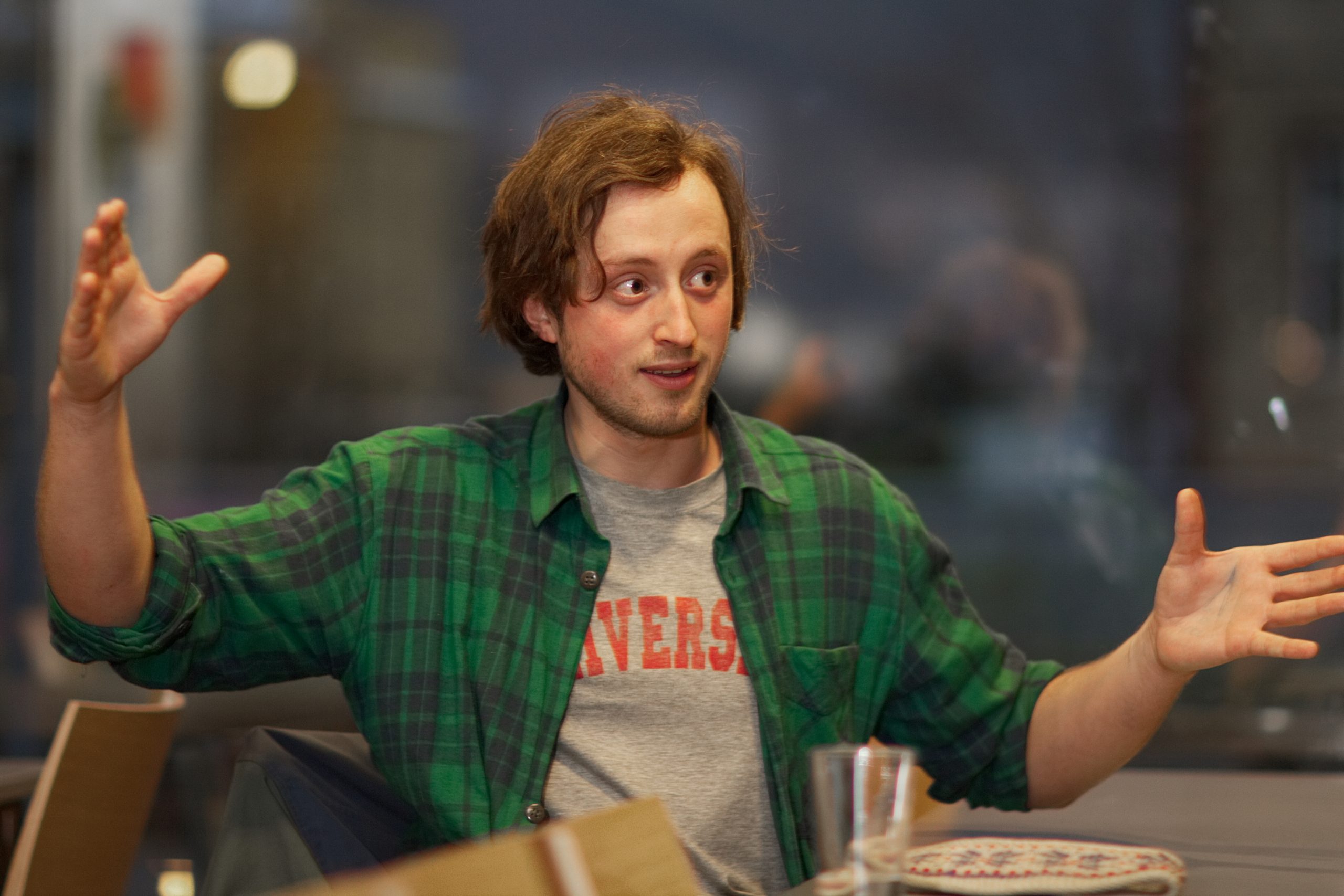 PERKS. Volunteers at Kvarteret get free coffee. Knut Natskår Svihus has gotten his fair share during his time at Kvarteret. PHOTO: JASMIN HOHMANN

– Try everything for the first week, see what you like, get off the beaten track.

This is how Natalie Unger, President of Erasmus Student Network Bergen (ESN), sees the student organizations’ experience in Bergen. She knows better than most: she’s been on Erasmus here before, and is now in Bergen on a permanent basis for her second bachelor.

And what do internationals choose to do? Numbers speak for themselves. Out of the 100 plus student organizations Bergen offers, those that primarily offer socialization are the ones most of the exchange students choose to join (see fact box).

At the opposite end of the scale, organizations that focus on giving members working experiences rather than just a social environment have very low numbers of international students.

One of the organizations where the internationals are few and far between, is Bergen Student TV. This semester, their total amount of non-Norwegians is one.

– We have a very demanding workload. Exchange students are more burdened than us: they have to both study and shape their everyday life in a new country, chief editor Stian Grunstad says when asked to explain the low numbers.

One obvious obstacle that might repel an international apart from the workload, is the assumed language barrier in an organization that mostly produces Norwegian content. According to Grunstad, however, that might sound like a bigger problem than it in really is.

– Although the internationals might have to learn a few Norwegian words, we try our best to use English.

In organizations with many international students, like Det Akademiske Kvarter (a place for food, drinks, debates and nightlife) language is less of a problem.

COLORFUL. Good will and bright colors are key when Natalie Unger is welcoming internationals in ESN’s offices. PHOTO: JASMIN HOHMANN

In Kvarteret’s most accesible posts (waitressing), internationals even surpass the amount of Norwegians. Although they cannot provide exact numbers, Kvarteret on a general basis can say that the internationals eagerness is not as high in more demanding and less communicative posts.

– There are cases where internationals speak neither English nor Norwegian, and they still do just as fine, Knut Natskår Svihus, a former Kvarteret volunteer, says.

He would definitely encourage internationals to find a student organization to join. He especially emphasizes the importance of finding a different social arena where you can meet Norwegians if you live a place where there’s many internationals.

– If you really want to mingle with Norway’s people, especially when you live in Fantoft, student organizations offer an expansive variety, Svihus says.

Groups that are more physical in their activities are also at an advantage when trying to lure international students into their fold: Sports are the same, no matter where you’re from and which language you speak.

One organization that combines this aspect with the international student’s wish to experience Norwegian nature, is BSI outdoors. As Kvarteret, they are not able to produce a precise number of internationals, but their leader, Lars Petter Klem, says internationals make up a substantial part of the organization. He also has an idea on why BSI is popular amongst the exchange students.

– First off, it’s a great way to meet Norwegians. And if you’re going to see Norway, why not do it by the guidance and company of Norwegians who know what’s happening in the mountains? asks Klem.

OFF TO… Norwegians and internationals can choose between a variety of destinations when travelling with BSI outdoors. PHOTO: JASMIN HOHMANN

Klem also thinks there is a safety argument for internationals to join his group. Not everyone is accustomed to travelling in mountains where snow, early winter darkness and even storms may occur.

– It all depends on the trip and person, but we do see that some overestimate their abilities when taking on the Norwegian nature, Klem says.

It’s not just international students who want to make friends from other countries. ESN-leader Unger states that even though their events are mainly focused on internationals, there are also Norwegians attending.

– Many of them have recently returned from an exchange themselves and want to re-engage with that international atmosphere. It’s a lot to miss, she says.