Is making friends with Norwegian students really as hard as it seems? Visiting exchange students say it’s difficult, but not impossible. 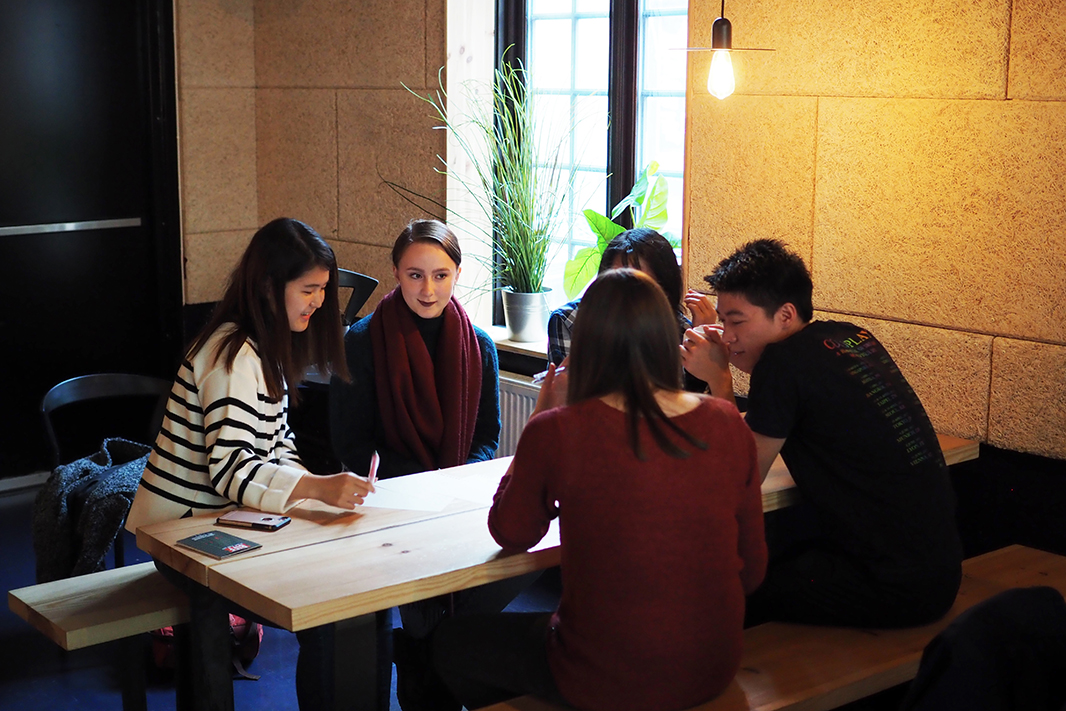 There’s a common conception that Norwegians don’t like making friends with outsiders and have been described by visiting foreigners as unsociable, unfriendly and aloof.

A 2016 survey from the Norwegian Centre for International Cooperation in Education found that one of the biggest challenges international students in Norway face is getting acquainted with Norwegians. 29 percent of those surveyed said that they had had no or minimal contact with Norwegian students.

Philippine Devillers (19), a visiting exchange student from France who arrived this fall, has found it possible to meet Norwegian students, but more challenging to form proper friendships.

– It’s easy to meet and talk with Norwegians but it’s hard to actually make friends when they’re not in our classes or living in Fantoft.

NO NORWEGIANS. While Fantoft is awash with friendly exchange students, it is not the best place to mix with locals. ARCHIVE PHOTO: Michael Chandra

While better international integration is an ongoing goal of The University of Bergen, it is clear that more work is still needed to better bring together local Norwegians and visiting exchange students.

Devillers also felt that even though they were mixed into Fadder Groups with the Norwegian students and were completely included in the Mentor Week programme, the Norwegian heavy ratios still made them feel isolated.

– It’s hard to be one of only a few exchange students in a group of Norwegians.

Norwegians are known for their strong English language skills. However, despite the fact that most local students that they’ve met speak good English, Devillers and German exchange student Ines Vanselow (21), have both had some issues with communication.

– Not speaking Norwegian might be a long-term problem. It’s especially hard to be a non-Norwegian speaker in a big group, Devillers says.

Vanselow can vouch for the Norwegian language being key to integration. After learning it and also moving out of Fantoft and into a flat with three local students halfway through her exchange year, her group of Norwegian friends has expanded massively.

– People are never 100% confident when they’re not speaking their mother tongue and many Norwegian students avoid longer conversations if they’re forced to speak English.

A piece of advice which she offers to incoming exchange students is to try and learn some Norwegian in advance. It’s all about making an effort, she says.

Your flat is not the only place you can make friends. Devillers and Vanselow have both made Norwegian friends through involving themselves in Erasmus Student Network Bergen, and Devillers also plays for BSI Rugby.

– Playing rugby has been a good way to meet Norwegian students as there are mostly Norwegians on the team.

Norwegians may seem rude because most don’t strike up conversations with strangers and Devillers suggested that approaching Norwegians without a proper reason can be difficult. Finding something in common, such as a shared interest, may make for more natural introductions. Devillers advises other exchange students to engage themselves in the student community by volunteering, joining groups or participating in events.

Vanselow suggests that while making Norwegian friends can take time, it’s well worth the effort. She offers a salient piece of advice for any exchange students struggling to integrate;

– Be open and never assume that you have enough friends!

Because as the old saying goes, ‘once you make a Norwegian friend, you’ve got a friend for life!’