Several LGBT students researched how «gay friendly» Bergen is before they chose to come here. 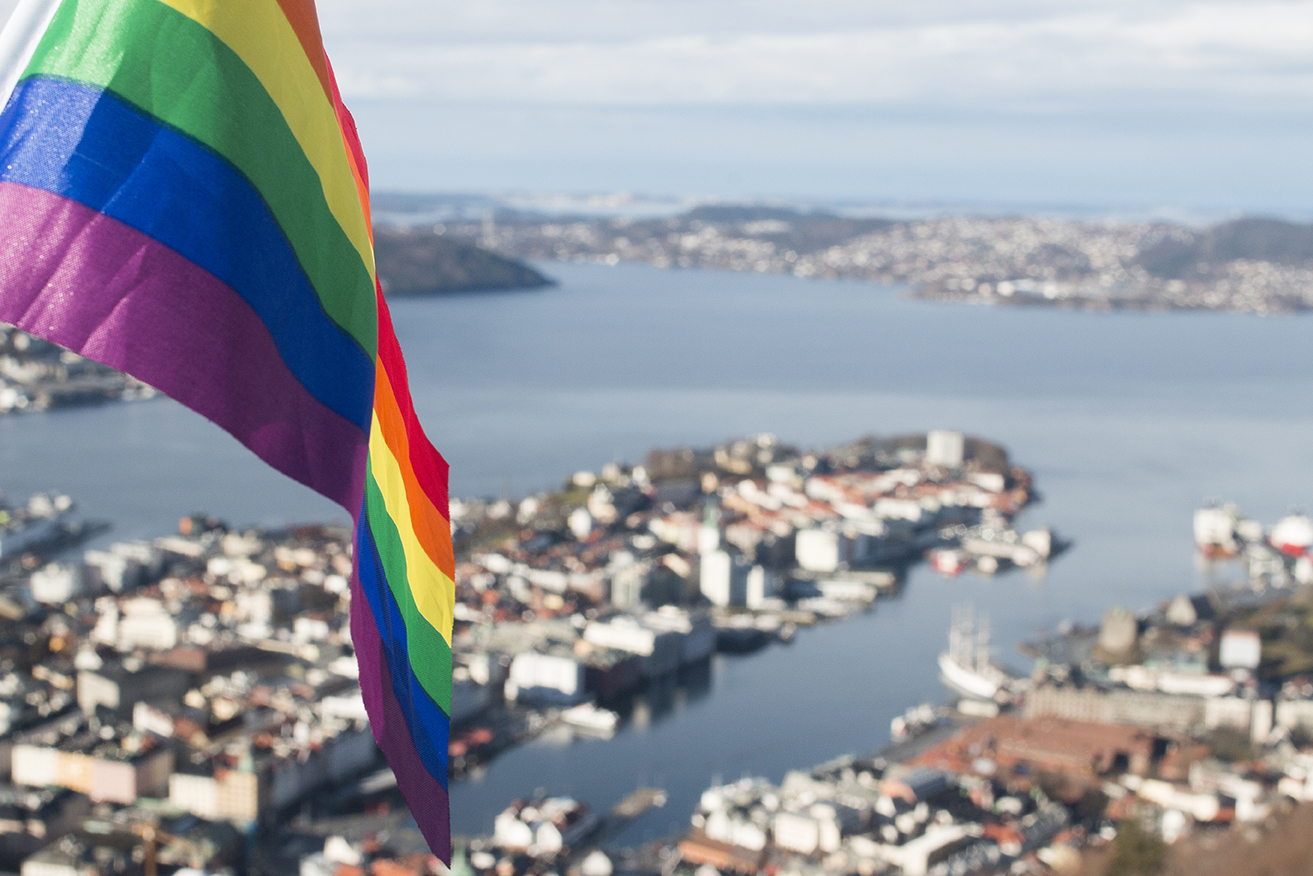 Kitty Flood, a Fine Art student from Wales, describes Bergen as laid-back, compared to her home that is «years behind». As a consequence, she was not worried when her girlfriend visited.

– Back home I do not like public displays of affection. I held my girlfriends hand here, and I did not feel awkward. It is a breath of fresh air, I do not have to hide.

Flood is not the only exchange student finding Bergen an easier place to be LGBT than back home. Eléonore, a French law student, finds attitudes to be more open minded here, saying she has «never felt uncomfortable here.»

– I do not hide myself, but at first you wonder what you can say or do. However, people who know do not care… It is simply not an issue. Being gay is seen as acceptable, Eléonore says.

The French student knew of Norway’s «open minded» reputation before applying to study here, so did not research it.

In comparison, Flood and another student, Carles Fernández, researched before applying.

Fernández, from Spain, looked into which European countries were «gay friendly.» Flood did the same thing.

RELAXED. Welsh exchange student was not worried to show her feelings in public when her girlfriend came to visit. – I held her hand, and I did not feel awkward. PHOTO: MARIE DEIKE

– I think when you are gay you can be worried about travelling to new places, so it is something you do to be safe, said Flood.

Not «girlfriend» or «boyfriend», but «partner»

Eléonore states that her home university, Jean Moulin University, was stereotypically considered more right wing. While this is no longer true, according toEléonore, there is still no LGBT organisation.

– It is different in Bergen. Events, like quizzes and games, are organised in the gay bar – Fincken.

It is Skeive Studenter, an organisation for LGBT students, that plans these events. Meeting other LGBT people for Eléonore was «not a priority, but still important». The organisation helped her do this.

Fernández goes to university in Barcelona, where he says people are accepting and there are several organisations for the LGBT community. He was surprised to find only one in Bergen, but assumes it is simply because the city is smaller.

Nonetheless, his experience in Bergen so far has been that everyone is welcoming.

– One interesting thing I have noticed is that nobody asks if you have a girlfriend or boyfriend, they ask if you have a partner. This is a small thing, but it makes me more comfortable.

Few gay nightclubs to choose from

The students agree that having only one gay nightclub does not bother them.

– I wish there were more gay nightclubs, but since there are not many clubs anyway, I understand why there is only one, says Fernández

Eléonore suggests that perhaps it is not as necessary for LGBT students to have a nightclub that is «safe» for them, as they feel welcome elsewhere.

Frank Mugisha, executive director of Sexual Minorities Uganda (SMUG), campaigns against extreme homophobia in Uganda. He believes homophobia is on the rise due to several factors, such as «American evangelists spreading fear of a gay agenda.»

Mugisha believes that, although homophobia still exists in Europe, students here often take for granted the societies they live in.

– People perhaps do not consider that it is a worldwide issue, and that they can actually contribute themselves. There are many solidarity groups that can be joined and ways to help through them.