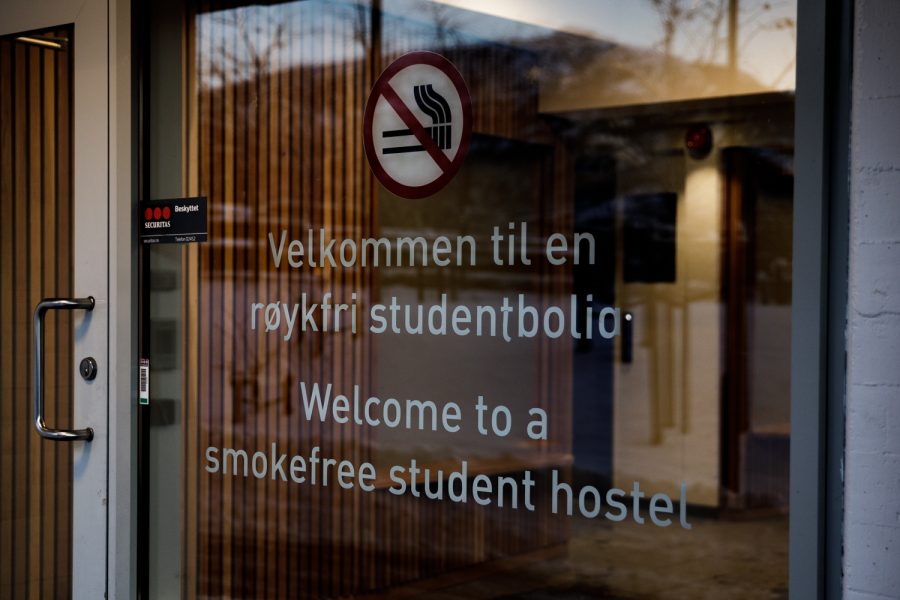 NO MEASURES. Sammen has reported the usage of cannabis to the police, but will not take any measures except asking weed smokers to leave.

Recently, the residents of Sammen´s student housing in Fantoft received an email from Sammen which states that there has been observed a lot of weed smoking at Fantoft.

In the same email, Sammen reminds that according to Norwegian law, cannabis is prohibited in Norway and informs the tenants that the case was reported to the police.

Studvest asked Christina M. Eikeland, sales and marketing manager at Sammen, for a comment on the situation.

– We have been made aware of the cannabis use at Fantoft by students who live here. In addition, we have smelled the weed and observed it when walking around Fantoft. Usually, the people who smoke, smoke by the entrances, and tenants living on the lower floors get the smell and smoke inside their rooms.

– People can do whatever they want

Beatriz Aguilera, a 22-year-old exchange student from Spain confirms the prevalence of weed at Fantoft.

– Yes, I know about weed smoking here, I got an email and I smelled it in the Fantoft area. I think people can do whatever they want, but if the landlord doesn’t want them to smoke here, they should smoke somewhere else, she says.

Fantoft workers also have observed cannabis smoking in the student town. Malin Heggestad, who has been working as a gym receptionist for two years, shared her observations with Studvest:

– I heard about smoking weed here at Fantoft and I also smelled it a couple of times. From the time I’ve been working here, the scale of the problem has been the same, but I also noticed that it’s more common when exchange students are here. Maybe that creates an environment for it because it’s more normal in other countries?

– If it´s illigal, it should be banned

– I think that smoking weed is like drinking a bottle of beer. I believe it’s ok because we are all young and it’s something common. Students live here at Fantoft and they just want to have fun sometimes. I’m not sure that Sammen should take some steps, but if some people smoke too much, then maybe, says Yulia Braslavska, a 22-year-old Fantoft tenant from Ukraine.

It is worth recalling that cannabis use in Spain is not legalized but, unlike Norway, is decriminalized.

26-years-old Md. Mahfuzur Rahman, who moved to Fantoft from Bangladesh because his wife studies linguistics in Bergen, does not share the sentiments to smoking as the previous students.

– I think that students shouldn’t smoke cannabis. It’s not healthy for the body. I don’t smoke and don’t have much experience with these things, but I’ve witnessed some groups of people smoking here. If it’s illegal in Norway, smoking (cannabis red.anm.) should be banned everywhere, also at Fantoft.

Has been reported to the police

Sammen has taken some steps to prevent smoking in the Fantoft area. As Eikeland says:

– We have reported our concerns to the police, and we have also informed Securitas. They will tell the smokers to please leave Fantoft if they want to smoke weed, at least step away from the entrances and buildings.

When asked about any specific consequences for cannabis smokers, she answered:

– Smoking weed is still illegal in Norway, so this is a police matter. Sammen will not take any measures against the smokers of weed except ask them to please not smoke on our property. We will also be continuing to report this to the police.