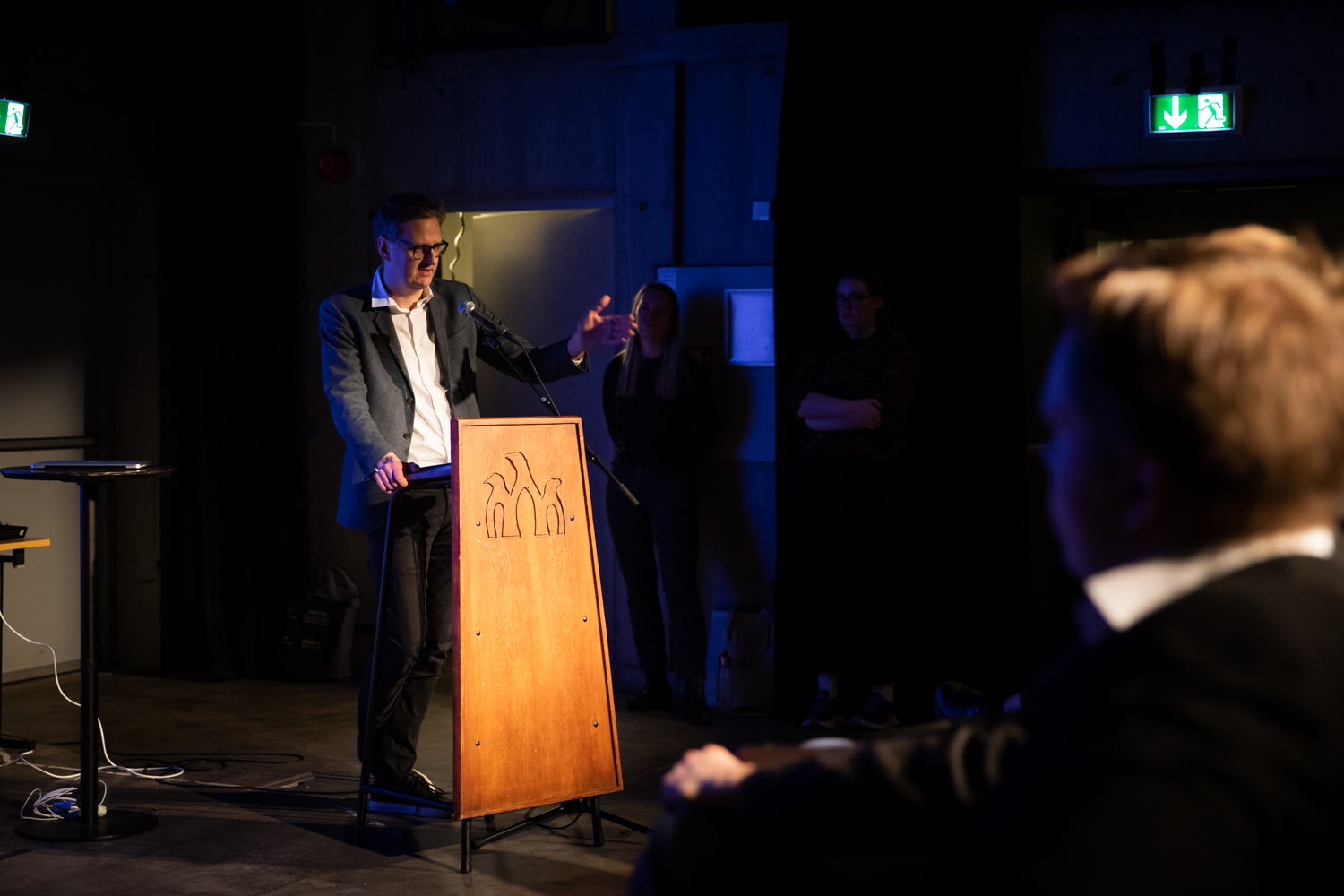 One aspect that was discussed throughout the day was what changes could be made in order to make universities eco-friendlier.

The event «Day Zero» was being held on the 5th of February 2020 at Kvarteret and the Student Centre.

Including students in the discussion

– ­We are here today to try and enlighten students about what the University of Bergen is doing or should be doing with regards to sustainability since it seems hard to find information about it anywhere else, says Nora Aspheim of FOKUS:14, the student parliament’s own sustainability committee.

One thing that is of concern to Tori Heitmann Jørgensen, person in charge for sustainability in the student parliament, is that the head representative of UiB, president Dag Rune Olsen, was named the university president who is causing the most CO2-emissions due to traveling.

– In general, we should work towards making UiB more visible as a sustainable university, but for that to happen we need a change in attitude from all sectors at the university, says Heitmann Jørgensen.

– I arrived yesterday with the rest of the Oslo delegation by train. I think it is important for me as a member of the student parliament to attend these events so that I can report back to my university on what changes we could implement in order to make UiO more environmentally-friendly and future-orientated, says Saastad.

The Centre for Climate and Energy Transformation CET invited a panel of four speakers from different universities to discuss their ideas of academic sustainability.

Håvard Harstatt, the director of CET, introduced the new travelling policy of the University of Bergen which includes encouraging university staff to travel by train instead of airplane and relying more on video conferences instead of traveling everywhere.

– The next generation of students is out there protesting for their future and we as a university have a responsibility to accommodate their demands, says Harstatt.

Linnea Barberini from the University of Oslo adds, that the pressure from students led to her university adding more sustainability goals to its agenda.

According to Harstatt, one possibility to encourage students to travel more environmentally-friendly would be something like an «environmental grant» similar to what the NHH has implemented recently where they would give financial support to their students should they decide to travel by train between their home and their school.

– However, the university shouldn’t portray the students as the main «villains» when it comes to CO2-emissions caused by travelling since it is often a question of seniority. We should question whether or not a professor really has to travel somewhere by plane just to give a short twenty-minute presentation. Also, travelling for academic reasons is a lot less impactful and influential for the professors than it would be for an exchange student, states Harstatt.

– Us students, we’re ready to make change, we just also need the universities to work alongside us, concludes Barberini.