The rooftop terrace and balconies at Fantoft TRE were closed due to excessive noise complaints, but students question whether it is quieter now. 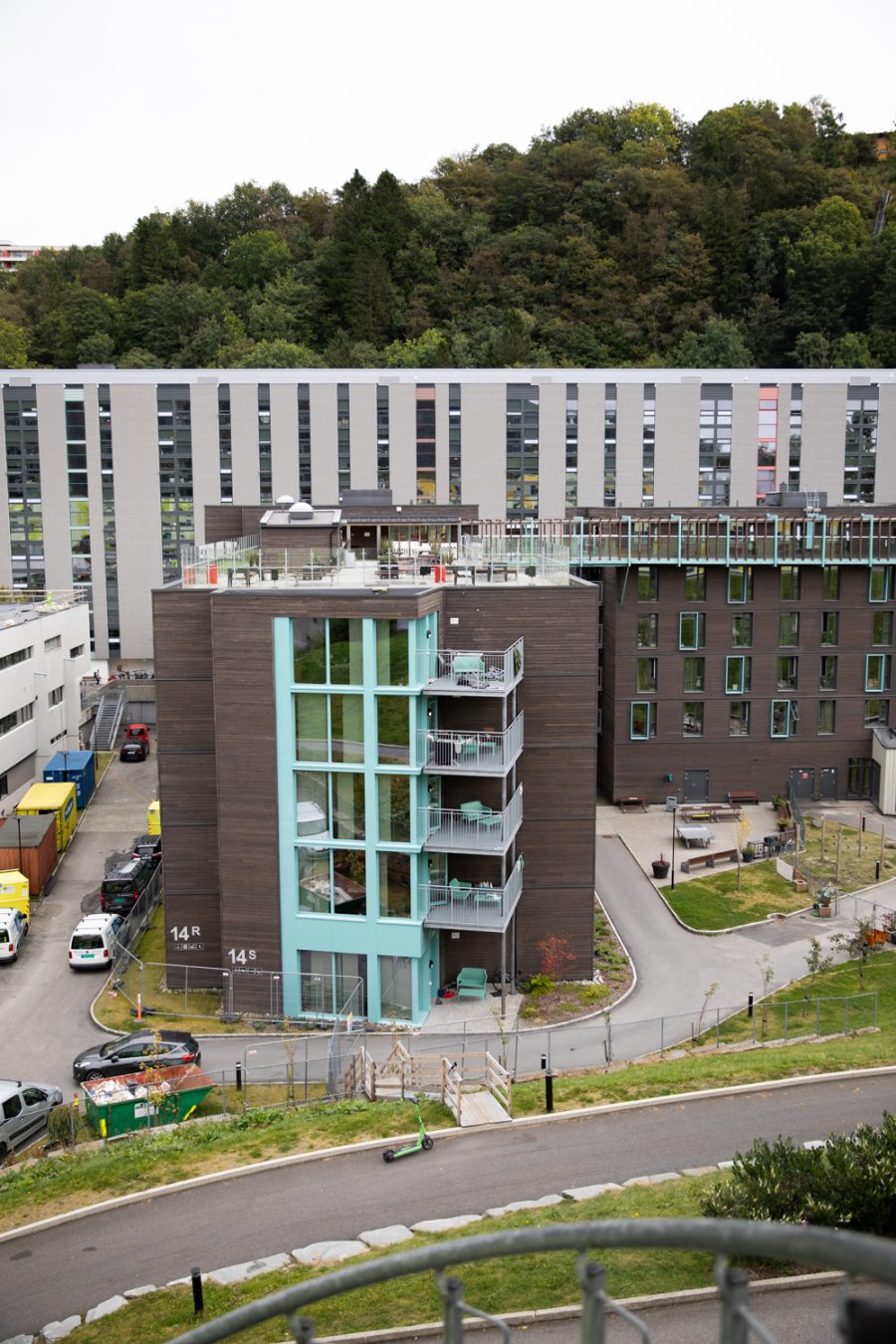 Student housing is known for being loud, and Fantoft, home to many exchange students and families, is no exception.

Marita Monsen, head of communications at Sammen, writes in an email to Studvest that there has been an increase in noise complaints this semester in comparison to previous years.

After sending a first warning email on September 2., Sammen closed the rooftop terrace and balconies at Fantoft TRE on September 6. as the complaints continued.

Despite living on the floor beneath the rooftop terrace, Andries Knöps (22) says that he did not think it was very noisy.

– You knew it was going to end at eleven or twelve, the Dutch exchange student explains.

Sofija Knezevic (19) and Trym Hjortland (19) had a different experience. Knezevic is currently working, but hoping to study next year, while Hjortland is studying Ocean and Technology at the University of Bergen. They live in a building next to Fantoft TRE, where the rooftop terrace is located.

Both say that it can be a little noisy at Fantoft. Hjortland adds that it was worse during «Fadderuken», they had to close the windows to be able to sleep even though it was hot.

– It is noisy but it is hard to tell if it comes from the terrace or downstairs, Knezevic says.

The terrace was a good place to socialize as the people came from different buildings of Fantoft, says Knöps.

Now, residents mingle less as they hang out in the shared kitchens instead. Knöps believes that this is actually leading to more noise. Not only is it louder when people gather inside, but the expectation that it ends at a certain time is gone.

– It was not the best decision, he says when asked about the effectiveness of the measure.

Knezevic and Hjortland also believe that closing the terrace is not helpful, as the noise goes elsewhere.

While there are still some complaints, the number has dropped since closing the terraces, according to Monsen.

Sammen is cooperating with the Universities to create awareness among students, as well as working with Securitas and the student employees at Fantoft to resolve the situation.

– It is extremely important for us that the students respect each other, and respect the set silent hours, says Monsen.

Currently, the situation is being monitored and if necessary further measurements will be taken. Klubb Fantoft, the largest common room and a clubbing area, will be reopening on October 21., after being remodeled. Sammen is urging students to respect the set rules and minimize the noise.