Exchange students criticize the waiting time and the unclear communication. 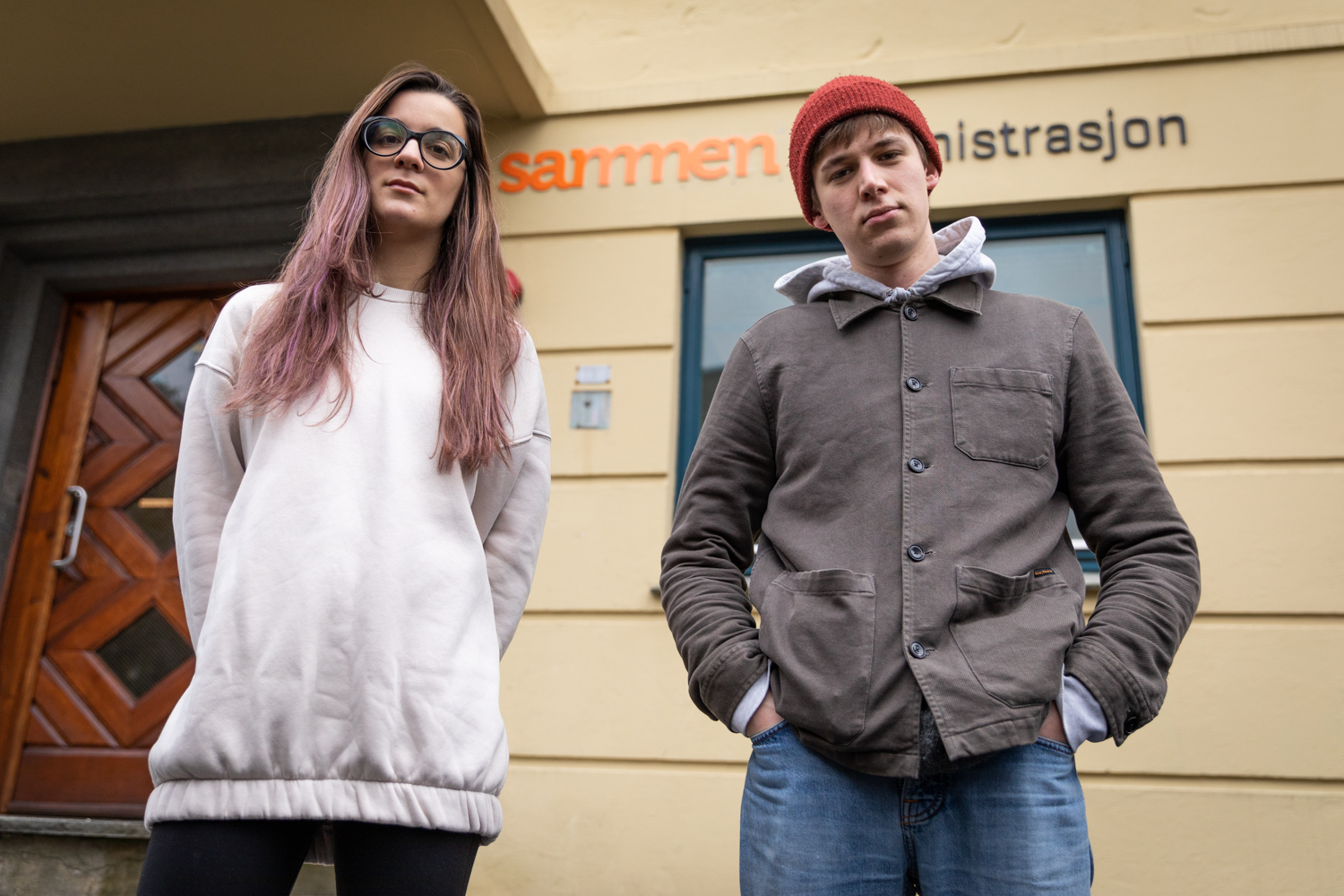 UNCERTAINTY. Giulia Testa and Michael Hissen both struggled with getting accommodation through Sammen.

– They said check your emails every day, if we have something for you it will come up, but I never received any email or an offer, Michael Hissen explains.

Even though Hissen is a German exchange student covered by Sammen’s housing guarantee, he never received a housing offer. Sammen told him that they had no vacancies available.

Italian exchange student Giulia Testa got the same message from Sammen and started looking for private accommodations instead.

– On the 7th of December I still hadn’t gotten anything and I started to look for a private house, but you can imagine doing it a month before arrival is expensive and stressful.

She eventually received an offer from Sammen three weeks before her arrival but rejected it, because she already had found a private accommodation.

– Nothing worse than not knowing if I will get a house until the very end, Testa adds.

Both students applied for housing within the deadline the 1st of November, and because they are exchange students for only one semester, they are guaranteed an accommodation provided by Sammen.

They both experienced a lot of waiting time.

– I messaged them three times to get the information if there was a guarantee or not, but they kept answering me that I just had to wait, tells Hissen.

Testa had the same experience with Sammen, and after contacting them several times she received the message that they couldn’t guarantee her housing.

– I called Sammen and they just told me to wait. But then I called them later, and the person who took care of the cases said that this year they could not guarantee houses.

After several mail correspondences, Hissen got the same message in the end of November.

Both Testa and Hissen agree that the waiting and the lack of communication was frustrating.

– I think they kind of underestimated the stress they were causing to students, because some of us were considering if we should come to Norway after all, Testa also states.

Sammen has worked to secure the housing guarantee

In response to these cases, Sammen says that the corona pandemic has affected the operations of their student housings.

Due to the lack of exchange students in the autumn, Sammen had to take in more Norwegian students to make sure that the student houses weren’t going to be empty. Therefore, Sammen had less student housings available.

– We were afraid that we couldn’t comply with our housing guarantee, so we told exchange students that contacted us, that there was a possibility that we couldn’t provide housing, says Christina Eikeland, sales and marketing manager for Sammen Bolig.

However, Sammen has since the autumn worked hard to secure accommodations for exchange students.

Sammen contacted residents who had termination in January and offered them to shorten the notice period, so they could release more housings.

– In this way we have made so many housings available that we have been able to secure the housing guarantee, and we have adjusted our communication after this, says Eikeland.

Both Hissen and Testa are understanding of Sammen challenges due to Covid, but both feel that the communication was the real problem.

– I understand that Covid gave some issues, but at least acknowledge it in advance and say because of Covid the process might be longer and exchange students might not get a house, Testa says.

– The biggest problem is not that I didn’t get the accommodation, it was just the communication, Hissen agrees.

Sammen acknowledges these communication problems and wants to improve in the future.

– The pandemic has made the communication with our residents more challenging, especially the international students. We know we can get better at communicating, and we try to learn from our mistakes, says Eikeland, and continues:

– To the two students who didn’t get an accommodation, I would like to apologize, and if they want, they can contact us and we will find them a Sammen-accommodation.