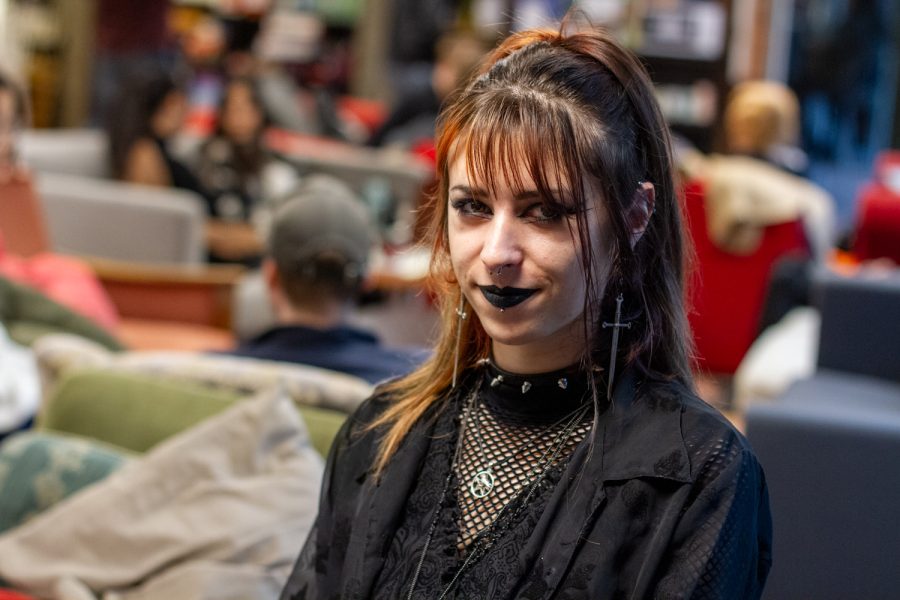 NO LUCK. Enora Koziol (20) did not get a place at a Norwegian course at UiB.

Close to 2000 international students study at the University of Bergen (UiB). Approximately 380 of them were admitted to a Norwegian course this fall. The total number of students who applied for a course via Studentweb is unknown to UiB.

The university offers seven different Norwegian courses on four levels, for free. International employees and their partners, international students, and refugees and immigrants can all sign up for admission to these courses.

Nada Oub (29) has had no luck getting into a Norwegian course at UiB.

She is an international student from Morocco who studies for a master’s degree in System Dynamics at UiB.

Oub has already tried to apply for a course two times, but has still not been accepted. She explains to Studvest that the courses were full shortly after the registration portal opened.

– It is very competitive, she says.

Oub then signed up for the waiting list. However, this requires a lot of determination and, according to her, luck:

– You need to refresh the site all day long for someone to drop out of the course. So, it’s luck, kind of.

She plans on trying to sign up a third time next semester.

– The Norwegian courses fill up quickly

In a written statement to Studvest, deputy rector Pinar Heggernes acknowledges the high demand for Norwegian courses at UiB:

– The Norwegian courses fill up quickly, due to great interest and the registration model.

However, she explains that UiB has a policy that states that they will go to great lengths to be able to offer as many as possible a place on a Norwegian course.

According to Heggernes, UiB has seen record numbers of international students registered in 2019 and 2022.

– UiB will carry out analyzes of changes in the applicant pool in order to adjust its Norwegian course offer.

Enora Koziol (20) shares a similar experience with Nada Oub. She studies Scandinavian Studies and came from France for an exchange year at UiB. Koziol did not get a place at a Norwegian course at UiB, either.

– It was already full when it opened.

Lluïsa Puig Moner (22) from Spain came to Bergen to pursue a two-year master’s in Applied Mathematics at UiB. She has also struggled to get into the language course.

– Every day I tried to get into a course, and I finally got a spot.

Because of the popularity of the courses, UiB offers waiting lists that students may sign up for. Heggernes explains that many international students find that the Norwegian courses that fit their timetable with other subjects are fully booked.

– UiB, therefore, offers that you can sign up for a waiting list which is administered from July until after classes have started. You can be offered a Norwegian course with a different timetable, or you can be offered to wait for a special course until after the teaching has started.

Heggernes says UiB experiences that many new students drop out of the courses shortly after lectures have started, which is when other students have a chance for a spot. However, this does not guarantee admission for everyone.

– Unfortunately, we are unable to provide offers in all cases.

Oub hoped to have an advantage on her second time signing up for a course, as she was on last semester’s waiting list. Though, it did not increase her odds. She suggests,

– They could keep track of the people who did not get a chance last semester.

UiB confirmed in an Email that there are currently no ongoing waiting lists for the Norwegian courses.

– Everyone wants to learn Norwegian

All three students agree that UiB should increase the supply of the Norwegian courses to meet the high demand.

– Should every student who wants to learn Norwegian get the chance to do so?

Being currently in a Norwegian course, Puig Moner is happy with how quickly she is learning Norwegian. Though, she wishes more people could get this chance:

– I would rather have less quality in my class and share the class with more people.