Why do we internationals keep hearing English words when Norwegians talk to each other? 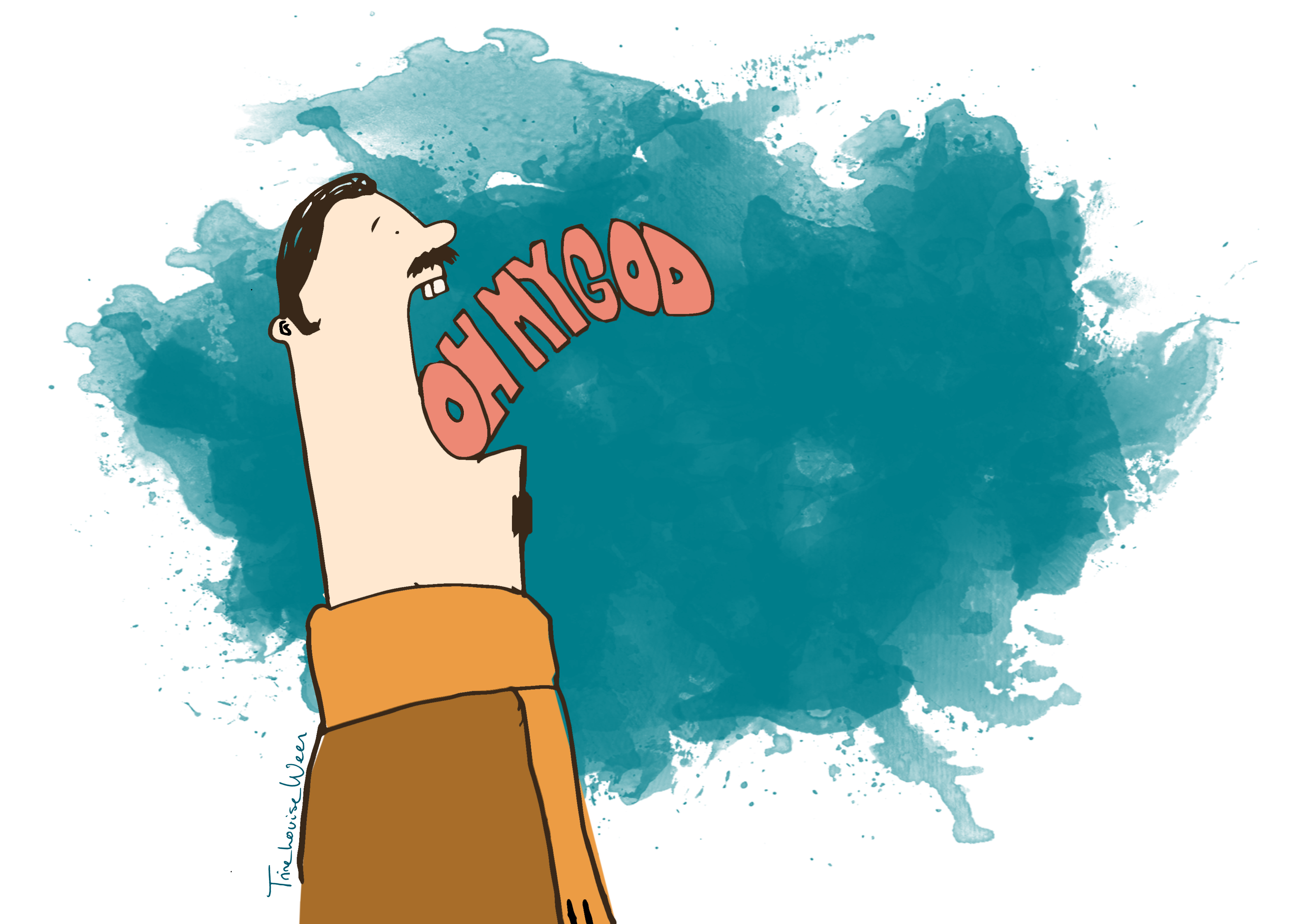 It’s not just you that Norwegians speak English with.

Just by walking down the street you can hear them spouting words, phrases, and quotes to each other, with none of it in their native tongue. It’s bits and pieces, people dropping in random things like “crispy”, “road trip”, or “I’ll be back”, into a conversation that’s otherwise unintelligible. It begs the question of why Nordmenn bother speak to each other like that when they could just as well be speaking Norwegian.

A matter of convenience?

Georg, a Norwegian studying psychology at the university, says it can be the cleanest way to bring things up in a conversation.

– The United States and the UK are very efficient at exporting their culture, a lot of it through TV shows. If you like a show, you might want to use a line or catchphrase from it. You wouldn’t translate it, that would sound awkward.

Lovise, a colleague of Georg’s, has a more practical take on the matter.

– It can be easier to use English sometimes. All my textbooks are in English, and sometimes there isn’t a good translation of a word into Norwegian.

Since many academic texts in Norway are printed in English it can be a matter of convenience to fall back on a foreign word. This practicality can carry over to casual conversation as well.

– A lot of slang words are in English. You know, things like “oh my god”, and “LOL”. Since you have different dialects from all over Norway coming together here these words can work as common ground.

Linguistics professor Helge Sandøy, however, is clear in his interpretation of this phenomenon.

– The idea that Norwegians use foreign words because there is no Norwegian equivalent is usually false. We have enough words to describe things with in Norwegian.

Instead the professor highlights the wish to belong to a group.

– It is an attempt to enter an in-group through by trying to fit in, with the conformity done through the use of lingo.

Sandøy compares it to a hobby. If someone was very fond of listening to jazz, they would wish to be accepted within a jazz-listening community. One way to do that is to use the “lingo” of jazz to seem well-acquainted with the genre, and putting forth the image that you belong within the in-group.

One thing that Sandøy makes clear is that this phenomenon is not unique to English. He in fact recalls a similar scenario that had happened with Sweden’s culture only a few decades before. Pieces of Swedish media like SVT and ABBA put their hooks into Norway, with most people knowing bits of the language as a result.

– Sweden was wealthier than Norway at that time, so it was seen as prestigious. Norwegians tried to show themselves as well-acquainted with it.

So how did Norway make the transition to English? Referencing an old linguistics study that tracked the use of foreign words in Norway, Sandøy points out a sudden upswing in the use of English occurring between 1975 and 2000. What large, catalysing socioeconomic change could have brought about this shift? The oil, of course.

– Now Norwegian families could afford to vacation twice a year. English had to be used as a common language in other countries, and when they came back they would speak it to be seen as international.

More importantly, however, was that Norway had become the richest country in Scandinavia. Sweden no longer held the same prestige as it once did, so Norwegians turned to another world power with even more influence than their oil money could bring. They began copying America directly.