The training center will adapt to the increase of visitors and students by increasing in size. New machines and bigger training areas can be expected, along with new additions like a lobby and golf simulators. 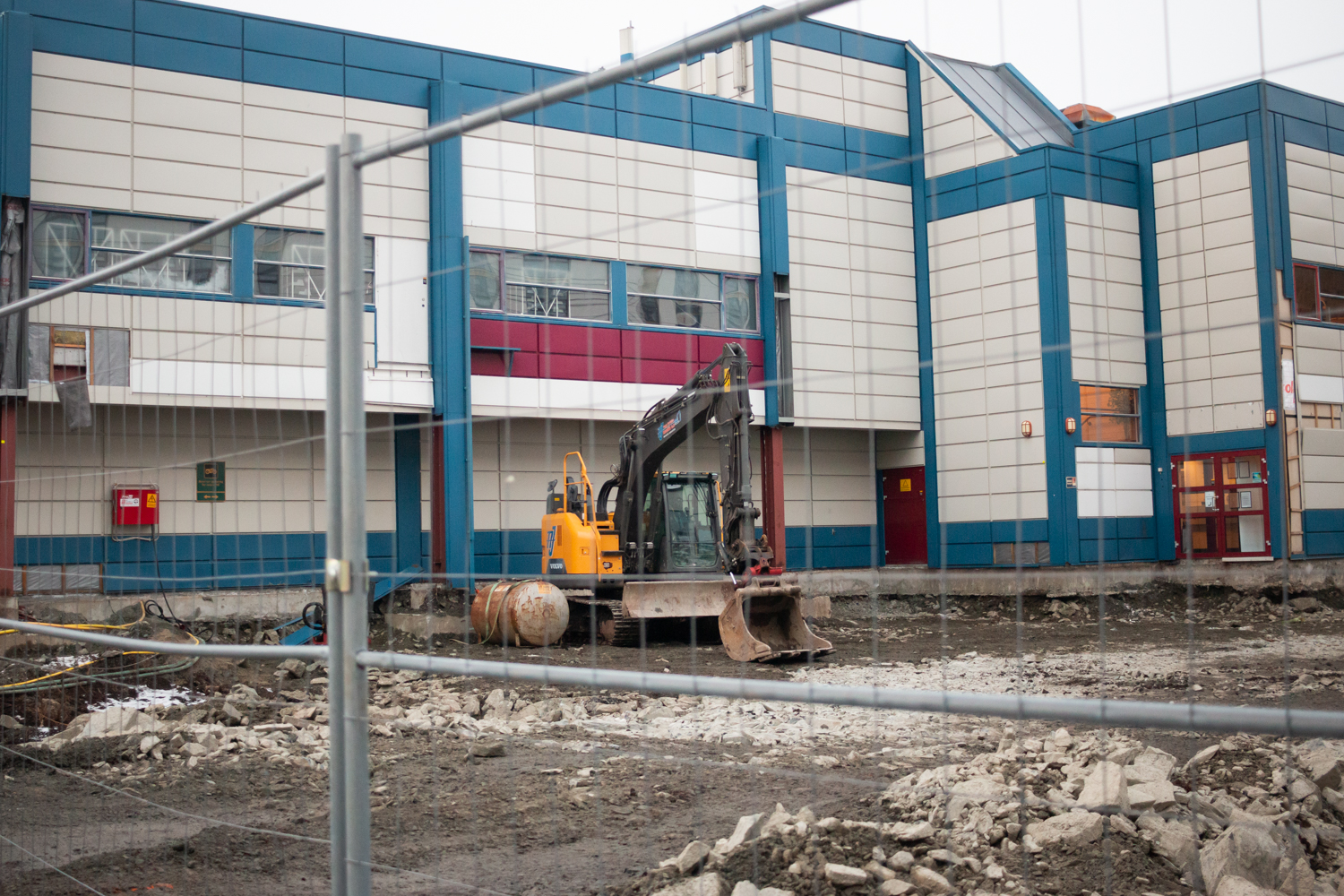 BIGGER AND BETTER. The expansion of the existing training center at Fantoft started earlier in January and is planned to be completed in time for the next semester.

Last year, Studvest wrote about students having a difficult time training in crowded Sammen training centers. Bård Johansen, director of Trening Sammen, could tell us then that there was no doubt a record number of people training at their centers – 80% of which are students.

The training center at Fantoft is now being rebuilt to accommodate the increase of customers. About 2200 students live in the area and the center is also easily accessible for other students living in the city by taking the light rail, which stops right by the center.

Fantofthallen training center is expanding to almost double its current size. The new construction will increase the center’s 3000 square meters with another 2000 square meters. 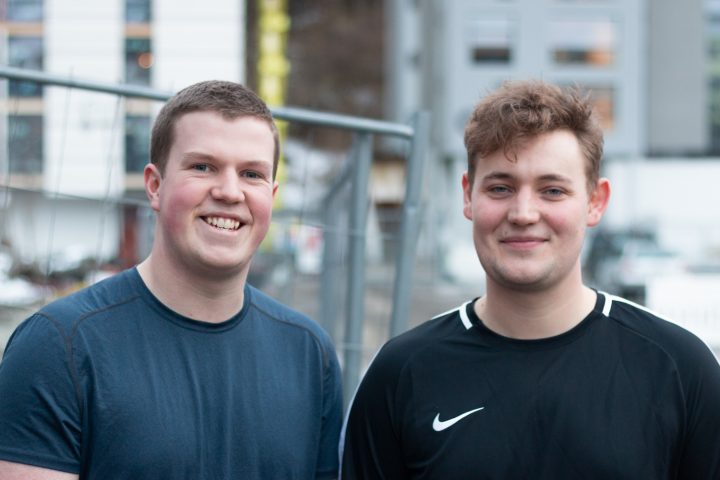 HAVEN’T HEARD MUCH. Harry Witt (21) and Edwin Peverill (20) are exchange students on their second semester at UiB.

– The expansion will include a new climbing wall and a bigger lifting and cardio area, with new rowing machines, treadmills and stationary bikes, says Johansen from Sammen.

Harry Witt (21) and Edwin Peverill (20) are exchange students studying political science at the University of Bergen (UiB). They live in Fantoft but have not heard much about about the renovation.

– Other than it’s kind of loud sometime, says Witt laughing.

They are not usually bothered by the amount of people in Fantoft, but Peverill says it is all about having good timing.

As well as expanding existing areas there will be a whole new addition of two golf simulators to the training center. Most of the new areas will be located on the second floor, while the aerobics room will be moved down to the first floor.

Witt and Peverill will have left before Fantofthallen is open but say the golf simulators sound like an exciting addition.

– It’d be nice to try it, if we were still here by then, says Witt. 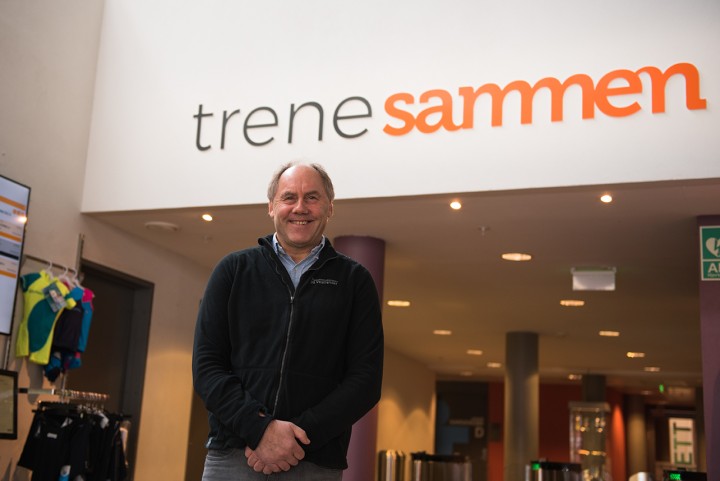 INVESTMENT. Bård Johansen, director of Trene Sammen, believes the investment on the expansion of the training center at Fantoft will bring more revenue. ARCHIVEPHOTO: BEATE FELDE.

A big lobby is also among the new additions to the expanded Fantofthallen. In it, people will be able to play board games and hang out while they enjoy some food.

– You don’t need to have a membership to Sammen Training to use the lobby, says Johansen.

Although some areas of the training center might be temporarily closed during the construction, it will be open through most of it. They might have to close during the summer to finish the renovation before the big opening on August 15th.

The renovation will cost around 40 million kroner, collected through saved funds and a loan.

– We expect that the construction is so attractive that the investment can be defended in the form of increased revenues, Johansen writes in an email to us. 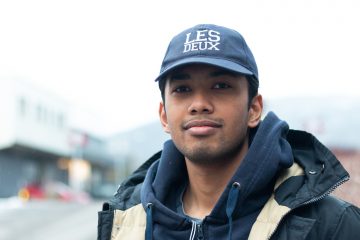 MORE RACKS. Dibas Shrestha (20) is A student at NHH and is looking forward to a bigger weight lifting area. 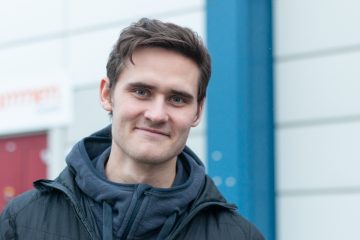 Currently Fantofthallen has around 500 to 800 visitors a day, peaking at around 1000 visitors in busy months like January. Johansen tells us that the amount of visitors is expected to double after the big opening in August. 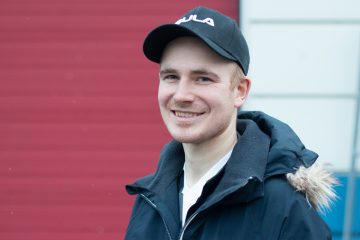 DAY PASS. Gunnar Hjeltnes (24) [TOP] and Erik Aune (23) [BOTTOM] don’t usually train at Fantoft but could see themselves returning for a match of squash at the renovated center.

Dibas Shrestha (20) is a second year student at the Norwegian School of Economics (NHH). He doesn’t live in Fantoft but sometimes he drops by Fantofthallen when visiting his parents in the area. He told us he is used to how crowded Fantofthallen is most of the time, but that it will be nice to have more lifting racks.

–  I could imagine trying the golf simulators, yes. I don’t think I know many who play golf, says Aune.

They don’t usually come to Fantofthallen to train but they bought a day pass to use the squash court. They can see themselves coming back for another squatch match or even to try the new simulators after they are in place.

–  It is a very reasonable price for the court, says Hjeltnes.

More green areas, open for everyone

The expansion of Fantofthallen is one of the many phases of Fantoft’s long-term renovation plan. The current parking lot will also be removed at a later stage and replaced with green areas. The new parking places will then be located behind the A-B building. According to Sammen the outdoor areas will be completed in 2021.

In an document shared by Sammen on their website, called «Action Plan towards 2030» they express their wish to turn Fantoft into «an important local center on a par with the plant at Moholt».

Moholt 50/50 is a project in Trondheim where student housing is built in the higher floors of buildings where stores that offer different services are located in the ground floors. Meanwhile, the outdoor area is designed to be open and offer recreational opportunities all residents of the district.

«The idea behind this is that the area should be open and accessible to everyone, not just the students who live there». Is what can be read in the «Action Plan towards 2030», about the idea to draw inspiration from Moholt for Fantoft’s future plans. Fantofthallen’s new lobby is only one small step towards starting this plan.

– We hope that [the lobby] becomes a new meeting place for students, says Johansen.