— We have a good welfare system and a good economy but this does not mean that everything is good.

PRESSURE. There’s a lot of pressure on students and great expectations about a successful future, says Øystein Sandven, a psychologist at Sammen. ARCHIVE PHOTO: ADRIAN GRINDBAKKEN.

Since the World Happiness Record (U.N. Sustainable Development Solutions Network) was first published in 2012, Norway has consistently ranked in the top four happiest countries. A recent survey gives a different impression on the happiness of Norwegians. It says that one in five students have considered suicide and that 29 per cent have serious mental ailments.

— We have a good welfare system and a good economy but this does not mean that everything is good. There’s a lot of pressure on students and great expectations about a successful future, says Øystein Sandven, a psychologist at Sammen.

He also states that unrealistic expectations and competitions often cause a few winners and lots of losers.

— It’s all about being the best, but most of us aren’t the best, we’re just average.

Åsa Lie, a student from The University of Bergen (UiB) agrees with Sandvens sentiments. 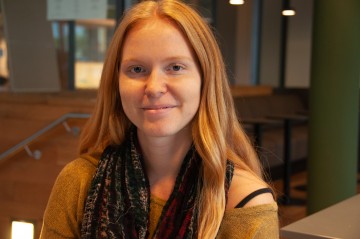 — There is much pressure on young people that we need to achieve something.

Ruben Njøtøy, a journalism student from UiB, says that his generation tries to compete with each other, which can make you feel like there is always someone who is better than you. 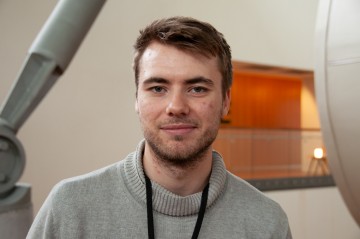 COMPETITION. Ruben thinks, the competition between students is one of the reasons why some are not happy.

— I think this is a big cause for depression. We are the performance generation.

— Should be about growing

One of the variables measured in the World Happiness Record, is the people’s income. A value which can explain Norway’s good performance in rankings and struggling students at the same time. Sandven says that money and happiness are not always closely related.

— Seeing other people earning a lot of money increases your expectations. You start being afraid of not reaching the same level, he says, and adds:

— Earlier, being a student was more like spending time to get to learn about one area or profession, there was maybe less focus on getting an A or B. Being a student should also be about growing and questioning things, and not only reproduction. These days there`s a lot of focus on the next grade.

The challenges students have which can cause mental problems are not taken into account by international comparisons like the World Happiness record.

— You get left by yourself

Marius Stavang rather thinks the shapelessness of university is one of the reasons that students struggle with mental issues. 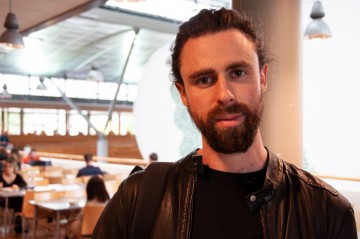 — You get left by yourself. I think suicide ideation is a result of loneliness. Among students it might be difficult to find a group and get the feeling of fitting in.

Sandven has some advice for students to be more happy.

— Students want to succeed in many areas. But you should make it a priority to relax and rest, you can’t be best all over.