Despite uncertainty, coronavirus restrictions and winter conditions, Moka Nakazawa and Marcela Kinclová are optimistic about their upcoming exchange semester. 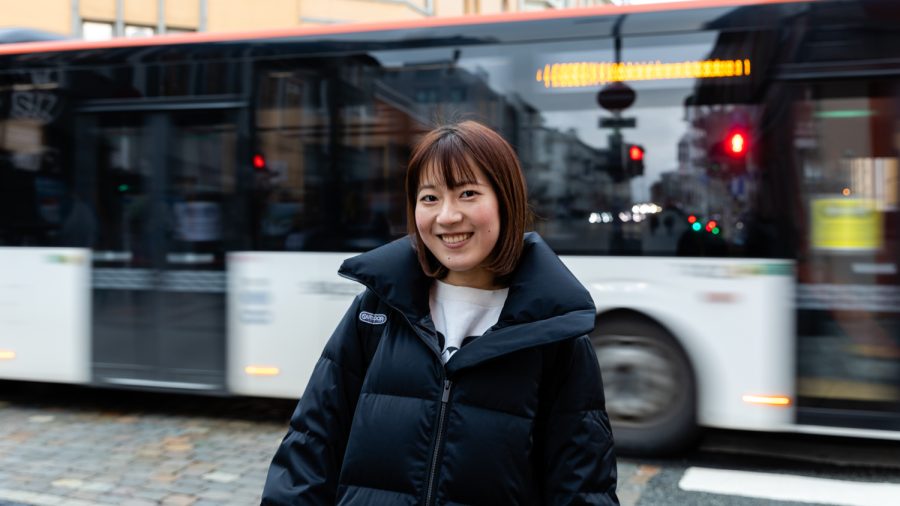 A new country, a new language, new people and new classes. Going on exchange is an exciting time with so much to plan, do, see and experience. Along with the uncertainty from changing travel restrictions, digital orientation meetings and the dark, gloomy Norwegian winter it is an especially nerve-wracking time for incoming students.

In the center of this ambiguity, Moka Nakazawa (22) and Marcela Kinclová (21) find themselves happy to be in Bergen. They both arrived in the beginning of January, after having just over a month to prepare for their study abroad, which can be quite challenging.

Kinclová, from the Czech Republic, wanted to study abroad in Scandinavia and had to choose between three different Norwegian cities.

– Bergen won because of the mountains, she says.

Nakazawa’s home university in Japan has a number of sister schools to choose from. But stories about Bergen from former exchange students motivated her to pick exactly this city. She especially looks forward to spend her final semester studying Global Studies at a bigger university, as her home institution only has around 1,000 students.

After staying in hotel quarantine, where she managed to sleep away her jetlag, Nakazawa was finally able to explore the city.

Nakazawa is from the Saitama Prefecture in Japan which is known for being sunny and having few rainy days, the opposite of Bergen’s infamous weather.

Kinlcová was surprised by the weather during her first days, as everyone had warned her about how much it rains.

However, the wind is still something to get used to.

To get to know her new environment she has been going for a lot of walks, particularly enjoying Bergen’s little streets and the fairy lights in the city center.

– They make the dark a little easier, Kinclová comments.

Like Kinclová, Nakazawa enjoys the architecture even though she finds it easy to get lost as everything looks the same for her.

The city has surprised them from the beginning, with buses only stopping on request and supermarkets closed on Sundays. For Nakazawa, it was also a surprise that Norway is so cashless while Kinclová misses good bread and tofu that costs less than NKr40.

Online classes, on the other hand, were not a surprise for the two exchange students, and both have done most of their degrees online. Some of their classes are switching to in person, and they look forward to meeting their classmates.

She studies European Studies and is looking forward to learning from a different perspective as Norway is not part of the European Union.

With online classes, their accommodation has become more than just their home but also their study space and a way to make friends. While many exchange students live at the Fantoft Student Housing complex, neither of them do.

She shares a room with another student, something she is used to from Japan. As everything has been online, including the orientation meeting, there are not a lot of opportunities to make friends aside from those living with her.

Klincová shares her kitchen and bathroom with five others. She is having the opposite experience, stating that it is harder to find time alone. Her building is smaller than Fantoft, which is a benefit as she finds it easier to create deeper connections.

Making plans in the corridor or joining open invitations in the Whatsapp group; something is always going on and she has hiked, climbed and gone to cafés with other international students.

– The city feels more and more like home, says Kinclová.