CORRESPONDENT: As a Dane in Norway, I still have limited knowledge of the biggest celebration day in Norway and of Denmark’s influence on the Norwegian national identity. 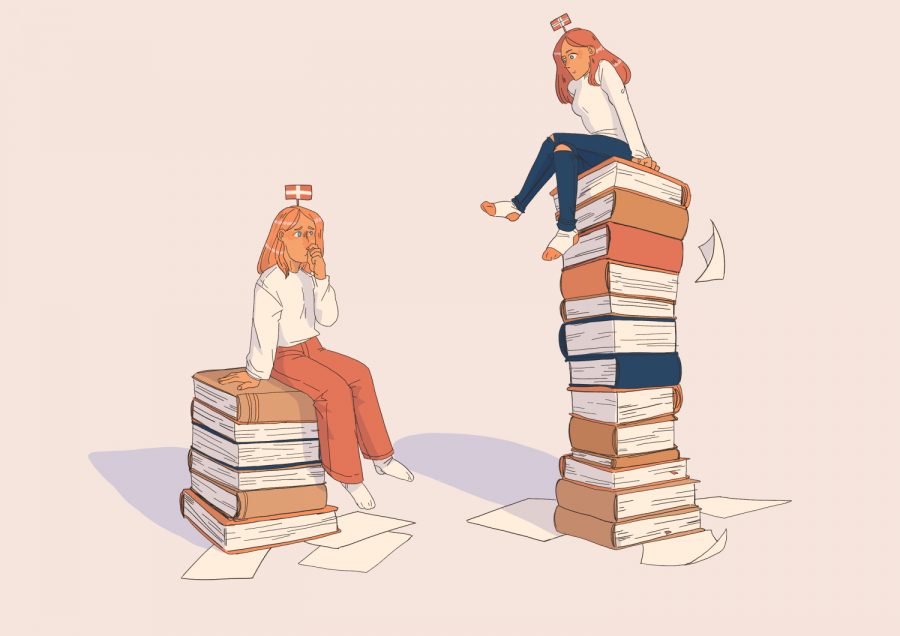 My Norwegian roomie came home one day and invited me to the celebration of the 17th of May. As a Danish exchange student always looking for new experiences, I immediately said yes.

Additionally, I asked: «What are you actually celebrating on the 17th of May?» The answer came promptly from my Norwegian roomie: «The liberation from you!»

That conversation opened Pandora’s box of curiosities about Denmark’s colonial past and national self-esteem: «Why do I know so little about Denmark’s old relationship to Norway?»

In Danish elementary school, or Folkeskolen in danish, the Danish colonial past is a limited part of the curriculum. We are taught about the proud Viking years, how we lost (a lot) of wars to Sweden, and about the triangle slave trade between Denmark, Africa, and West India in the 17th and 18th centuries. However, the story about how we occupied Norway for almost 200 years is absent.

At some point in its existence, Denmark has owned Norway, Sweden, Iceland, The Faroe Islands, Greenland, and the West Indian Islands. But all of this has somehow disappeared in the collective Danish memory. The fact is that we have ruled several other countries, where we, for better and worse, influenced their culture and national identity.

Couples therapy between Denmark and Norway

As a Dane in Norway, I feel like both the drunk uncle in the middle of Scandinavia and as the fashion-forward big sister with great taste in design and TV series at the same time.

There is in some ways an unredeemed undertone in the relation between Denmark and Norway.

On a Danish note, I think this is because Danes are not aware of which kind of effect our past ownership has had on Norway. Norwegians have in many ways tried to get away from the Danish heritage.

For example, following romanticism in the 19th century, Norway wanted to escape from Danish influence and establish its own language culture, entering the second written language: Nynorsk. In many ways, the two countries could use some kind of couples therapy talking about the traumas of the old Danish empire.

Maybe that’s the reason why Danes is Norway always are told that they speak in an ugly way, are bad at skiing, and have an improper relationship with alcohol. But at the same time, Norwegians say those things with a sparkle in their eye, and with an open invitation to celebrate our Scandinavian brotherhood with ice-cold pils.

It’s hard to answer why we as Danes don’t know more about our past ownership of Norway and other Scandinavian countries. The “Danishness” contains a paradox: on one hand, the Danish are very concerned about how you become a real Dane. On the other hand, we know very little about our history and which traces it has left behind.

Maybe it is because our national self-esteem doesn’t rest on liberation, we don’t even have a real national holiday as in Norway. We only celebrate the introduction of our democratic constitution, Grundloven, with a day off work on the 5th of June. Some even proposed we should make a national holiday on the 26th of June, to mark the winning of the European championship in Football in 1992, because we think it represents the true Danish spirit. In a sense, we can’t connect with how important it is to have a national holiday like the 17th of May.

This clueless Danish national self-esteem could be strengthened, if only we knew a little bit more about our past successes and failures. You often say that education is the key to success, and concerning the Danish-Norwegian relationship, more knowledge about the Norwegian identity and 17th of May could make the Scandinavian alliance even stronger.