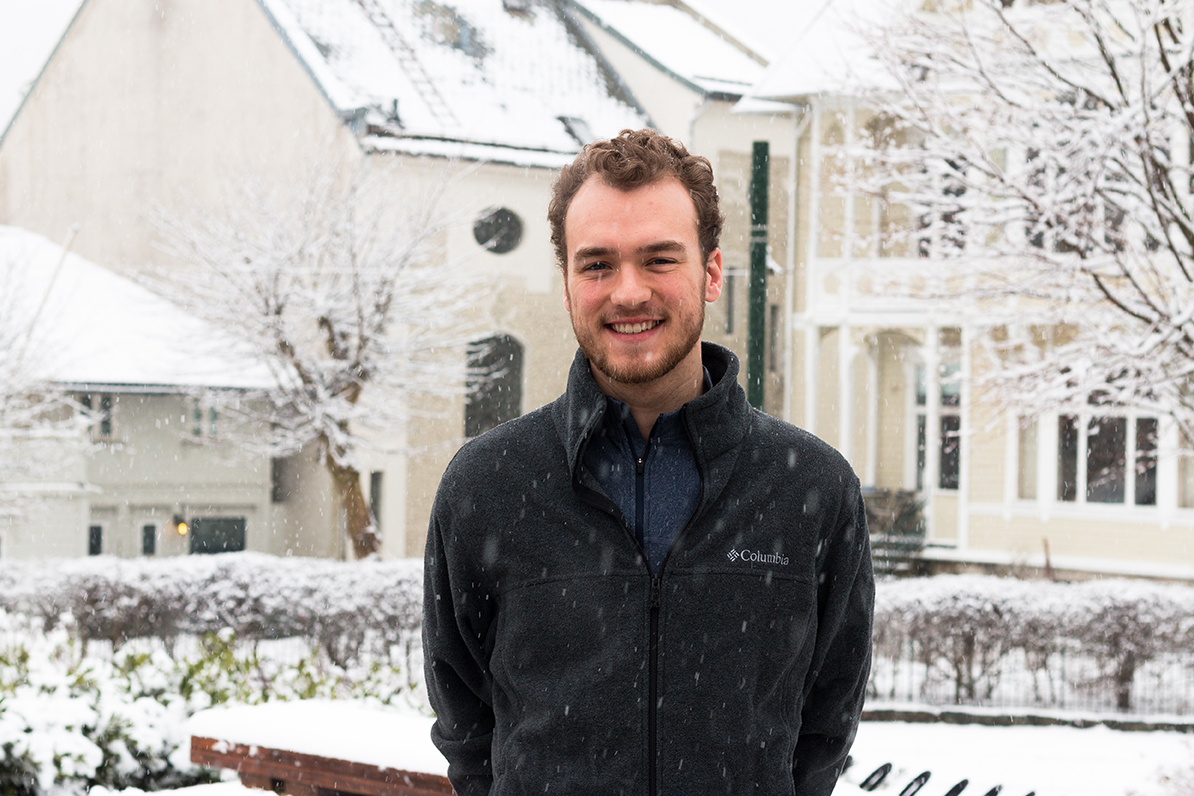 AMERICAN. Gabriel Calvin is an American who has been living in Norway for over six months. PHOTO: BEATE FELDE

This is how Gabriel Calvin, a student from Missouri, assess how living in Norway during Trump’s presidency has impacted his semester abroad. He is spending a full year on exchange in Comparative Politics at UiB.

The first year of Trump in the White House has come to a close. For young Norwegians, last year in the United States was followed via Facebook news feeds and Twitter tags. This incessant stream of journal articles, memes and comedic relief shows no sign of stopping.

Yet what Norwegians may not see every day, is what the abroad experience is like for Americans during the Trump administration.

– There was this girl at a bar, we were having a conversation and I asked where she was from, she said, “Belgium.” When I told her I was from the US, she said, “Oh,” and walked away. It was really kind of shocking.

Despite of this experience, Calvin emphasises that people are fairly open-minded here. Norwegians are more curious than anything else. Other than having to explain the electoral college here and there, his time in Europe has not been tainted by Trump.

– Not everyone hates Trump 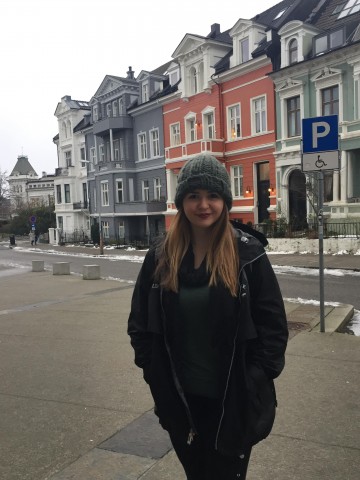 ON EXCHANGE. Maddie Nelson a, student from Minnesota, US,  is on exchange at the Faculty of Law at UiB. PHOTO: MOLLY RAMAGE

Maddie Nelson, a student from Minnesota, US,  is on exchange at the Faculty of Law at UiB. She recalls her first days here, when at least four Norwegians approached her about what it’s like to be American during the Trump administration.

– It’s not that everybody outright hates Trump, I think there’s a lot more of me hating on Trump, than the other way around. I am usually the one who opens the door to these types of conversations, she admits.

Austin Rayford, from California, US, is doing his master’s in the Faculty of Medicine at UiB, isn’t as convinced.

– If a Norwegian can put all of that aside, and say that you are still worth hanging out with despite having voted for Trump, that’s ok, but I don’t know if I could be friends with someone that stupid.

– Do you dread having these political conversations with non-Americans?

– No, it doesn’t bother me to talk about the United States, because I like politics and I like Norwegian’s viewpoints, This is why I came to Bergen, to learn about other cultures, and to use that knowledge later, Nelson says.

– But there are times when you’re at a bar and you don’t want to be talking about Trump, she adds.

– It’s a relief getting away

Rayford has another point of view, 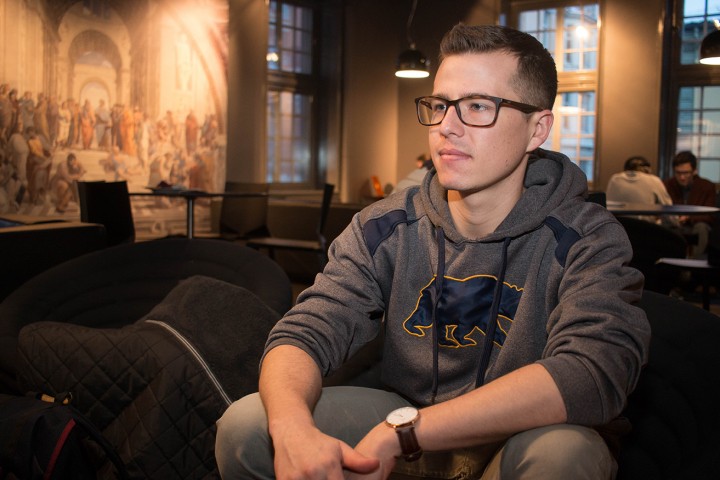 STUDENT. Austin Rayford is an American who has come to Norwy to pursue his masters. PHOTO: JOSEF KOSLER

– When I talk to people about American politics, I also get more questions. But for me, that’s not what I prefer to discuss. I just explain that I came here because I was tired of having to deal with that. It’s such a relief to not have that a part of my life anymore.

Rayford explains that despite Trump in office, certain parts of America don’t seem to be compromised by the political climate.

– We are still for instance, viewed internationally as the leaders in research and academia, he says.

And finally as Calvin laments,

– It’s very easy to paint the United States with one very big brush.