BIFF is taking place for the 20th time between the 25th of September and the 3rd of October – all thanks to the help of volunteers. 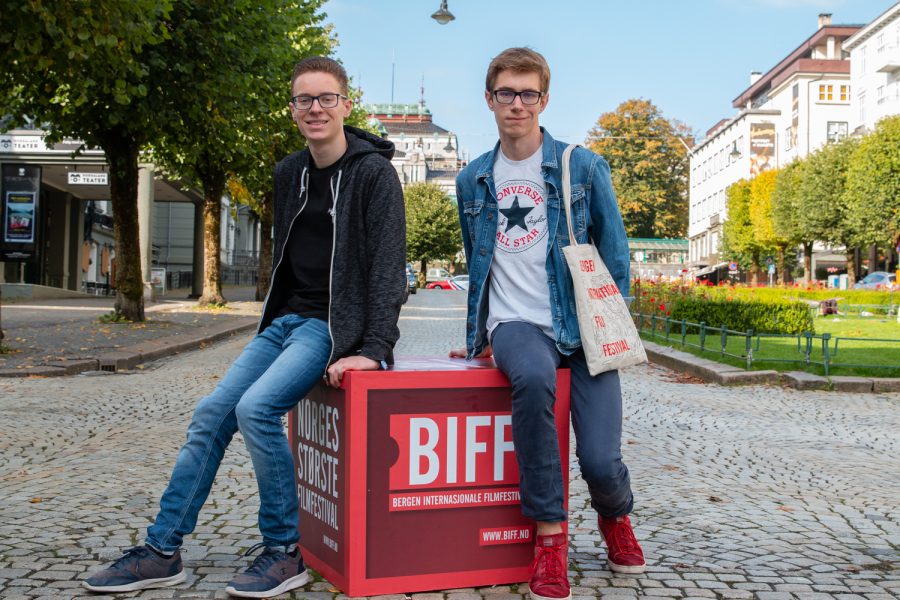 Organising volunteers at the festival

– The realisation of the festival relies heavily on the work of volunteers. This year we have 184 registered volunteers and we would not be able to hold the festival without their help, says Ania Popowska.

She is the volunteer coordinator of the festival. Popowska explains that there are no real limitations when it comes to the number of volunteers that are able to be working at BIFF. The selection process is rather about which group you are joining.

– Some roles require previous festival experience, for example the shift leaders, who are responsible for their team. All in all, it’s mainly important for us that the applicants really want to volunteer, explains Popowska.

She adds that volunteering at the festival is a good opportunity for international students to define a social network in Bergen and feel more at home in the city.

It’s also a great opportunity for students who love cinema and film, says Popowska, because they get a chance to feel engaged in the industry.

– I am very grateful to have such a big variety of different people coming together and volunteering at BIFF.

Van der Heide saw the request asking for volunteers for the event on Facebook and after talking to his friends, he decided to sign up for it.

– I really enjoy watching movies and since I have already volunteered for the Rotterdam Film Festival before, I thought it would be nice to do it in Bergen as well, he says.

Meyer on the other hand, had already signed up to volunteer at BIFF before moving to Bergen. This will be the first time he volunteers for a film festival, he says.

– It seems like a good opportunity to try out something new during my ERASMUS exchange, and to meet new people.

Working at the Festival

Both of them will be working as cinema hosts at the festival which means they will be responsible for access control at the halls and assistance with the screenings.

– Everybody is expected to work three shifts. Mine are all taking place at a different venue each, one even inside a church, says van der Heide.

– So far, we had a «Welcome Meeting» where the organisation team presented the event and watched one of the documentaries that will be shown at BIFF 2019 called «Stuffed» to prepare us. We will receive further information depending on our different jobs at the festival via mail, explains Meyer.

In return for their help at the festival the volunteers are invited to an afterparty and are allowed to access the movie screenings at BIFF for free. Non-volunteers also have the chance to watch some free screenings at the University Aula during BIFF.

The programme at BIFF 2019 covers a variety of topics, ranging from climate change to coming-of-age. This year’s «centerpiece» of the festival is the Norwegian movie «Disco». Both of the students enjoy watching films, and have some recommendations of their own:

– I went to the opening screening of «I morgen danser vi» and I really liked it. It was quite a powerful movie in my opinion. I also got tickets for «This is not Berlin», says Meyer.

– If I had to choose one movie out of the programme that I would want to watch it would be «2040», says van der Heide.