Why is the beer in the green can so popular? An international students perspective on the Bergen beer culture. 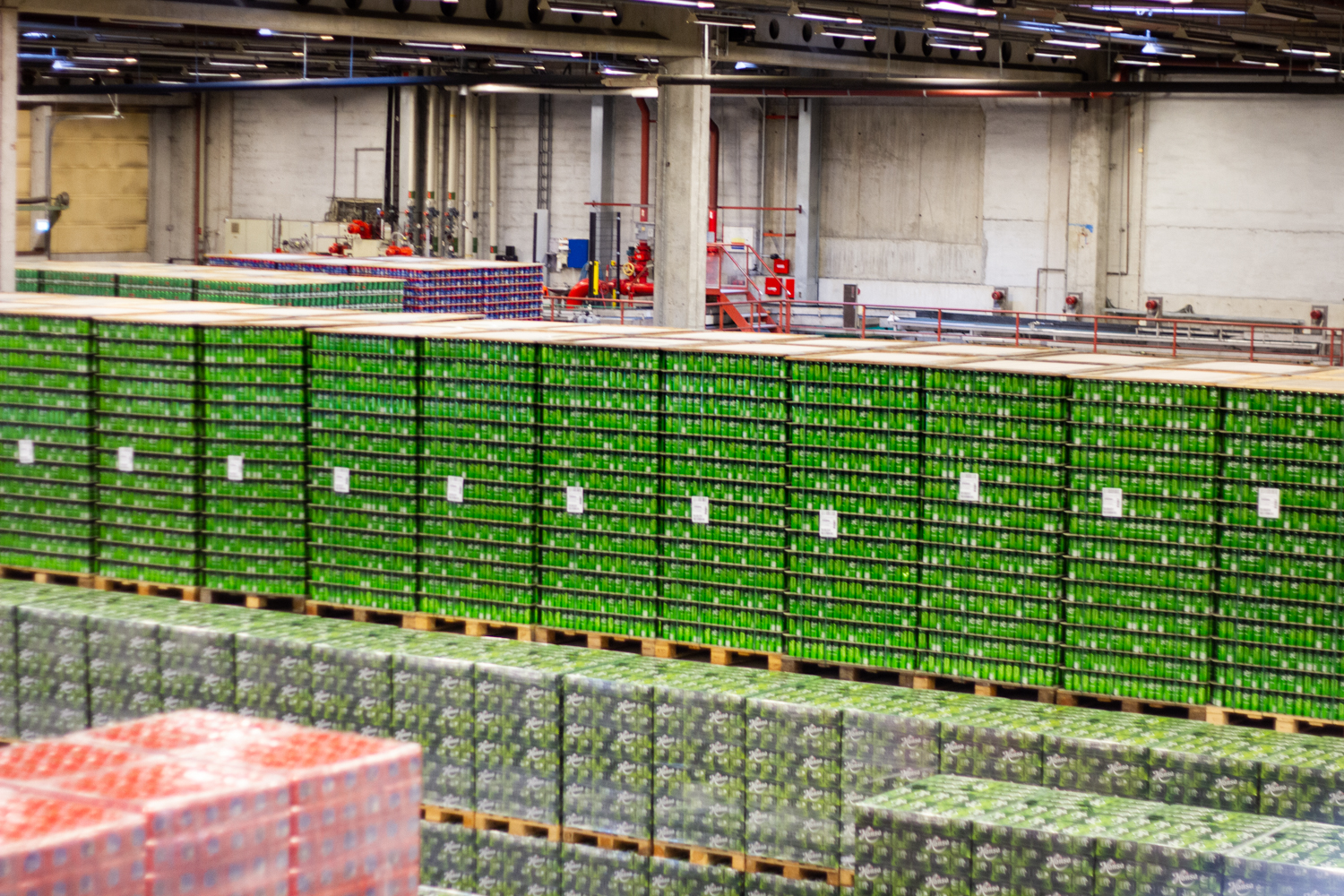 BREWERY. We visited the local brewery and the walls were as green as the cans.

If any single thing could be labelled the essence of the Bergen student experience, the drinkers among us would surely give that accolade to a can of Hansa beer. From a packed and noisy pre-party to a quiet evening in Kvarteret, Hansa is often the beverage of choice. To an innocent international student, it can be somewhat confusing. Why are those green cans everywhere? Why do they pour overflowing from the bins of the Byparken light rail stop and litter the interior of any student residence?

Powered by these questions we set out to investigate.

Hansa has been locally focused in Bergen since the beginning, with the original brewery located just below Mount Fløyen. Today, company is based near Flesland in a large storage and production facility. The facility is mostly automated but still employs 150 local people. The facility’s largest single product is still Hansa Pilsner, but the focus is not simply on the green can.

Hansa Borg has grown into a much larger beverage company, from producing the typisk Norsk Julebrus (Christmas soda) to acting as a distributer and producer of Heineken. When you drink a can of beer or cider in Norway, there is a high chance it came through the Hansa facility in Bergen.

Our first stop was therefore the Hansa Brewery. Stina Kildedal-Johannessen, head of communications and sustainability at Hansa, and Ann-Therese Samuelsen, Brand Manager at Hansa, made sure to convey the local dimension of Hansa as central to its ubiquity.

– Hansa has been part of everyday life in Bergen for well over a century and it is the longest lasting sponsor of SK Brann dating back to 1928.

Kildedal-Johannessen and Samuelsen argue that Hansa is more than just a beer brand, it is a symbol, almost an institution of Bergen.

– Hansa is brewed in the rain and is a symbol of Bergen, as much as Bryggen or the Fløibanen. It is a sign of the rainy city on the west coast.

It’s not cheap, not by any means. For Norway, «less expensive» seems more apt. The price hovers around 25 kroner per can, plus pant. However, the price for a can of Hansa can fluctuate considerably between stores.

As much as Hansa has enjoyed popularity as the local beer of Bergen, one cannot ignore that price is always a factor. This becomes clear when speaking to someone who has first-hand experience of selling Hansa to consumers.

Peter Rolfsen is a student and the leader at Diskuterbar, one of several faculty bars at The University of Bergen (UiB). Rolfsen makes it very clear that Hansa is by far their best-selling product.

– Since opening in February, we have sold almost 8000 glasses of Hansa. In the same time, you can compare this to around 1200 coffees.

Looking at the bar itself continues this. Hansa is the only beer which has two draught taps. Rolfsen describes that the importance of the beer to the bar goes beyond the surface.

– When we opened, we signed a three-year contract with Hansa. Hansa supplied much of the equipment we need for the day to day running of the bar, from the glass washers to the glasses themselves.

Rolfsen points at a number of factors for influencing this popularity, of which price was first and foremost:

– Most people at our bar are students, who want to maximise volume and minimise price. For them, Hansa is the obvious option here. They are familiar with the beer; trust the fact it comes from the tap and know what they are getting for the price.

The popularity of Hansa won’t be changing any time soon. Therefore, when you head to the bar with some visiting friends, don’t be surprised if they question why everyone is drinking the familiar pilsner.