Every student faces difficulties, some larger than others. Ulrikke Falch gives advice on how to overcome these obstacles. 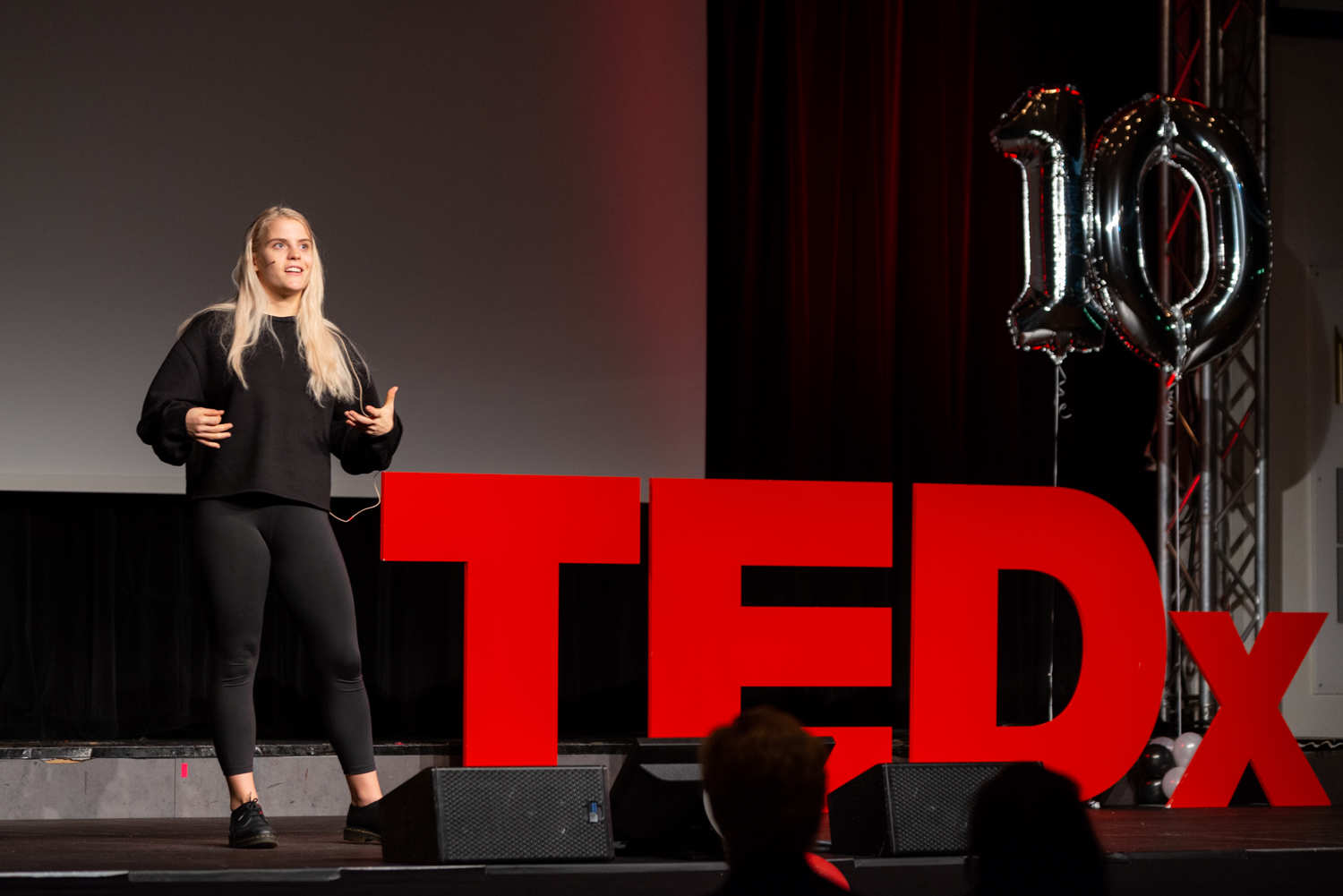 This was the theme of the TEDx Bergen 2019, held at the Norwegian School of Economics (NHH) on October the 19th. Among the topics addressed were mental health and social pressure among young people.

For some, the years spent at university can be more difficult and troubled than expected. According to the SHoT 2018 report, 4 out of 10 students in Norway have experienced mental issues.

She is a famous Norwegian actress. With her fame she tries to raise awareness about mental health, eating disorders and feminism. She was also one of the speakers at the TEDx Bergen 2019.

In Falch’s opinion, one of the reasons why students struggle in life is moving from one place to another. For international students, travelling to Norway can be complicated. Rain, cold and dark weather could discourage one from getting out of bed.

– What I did was to learn the language and avoid all Germans. I wanted to integrate, so I am part of several university groups, says Vera Schmidt, a 25 years old German student at NHH, leader of the TEDxBergen 2019.

As an international student at NHH in Bergen, Schmidt threw herself into organising the tenth edition of the TEDxBergen. Schmidt thinks that getting out of your comfort zone and thinking outside the box can be excellent strategies to discover something new about yourself and to meet new people.

But all is not lost. There are many ways for students to get the best out of this phase of their life, Schmidt explaines.

– What I found helpful is to simply ask for help. You should never be ashamed to ask for help, and make sure that you appreciate the input you get from other people, she says.

This reflects Falch’s advise. Talking to your family, attending university events and talking to a psychologist are some of the tips she gives to students for overcoming difficulties. In addition to this, Falch describes Stéphane Hessel’s example. He was a french and jew writer and he escaped from the concentration camp in Buchenwald during the Second World War.

– About the youth, he said: ‘You need to do something, you need to react, you need to get angry! I didn’t live through my life just so you can be comfortable and sit on your arses!’, quotes Falch.

With this exhortation, the author intended to encourage the youth to stand up and fight for a better life.

– So my suggestion is: get angry! Don’t place hate inward. The problem is society and how we view the world, this is an obstacle, it is not you as a person. So place that anger outside and do something, instead of hating yourself, says Falch.

There is Still a Lot to Do

In Falch’s opinion, Norway is a very advanced country but despite this, there is still a lot to do.

– We should lower the bar for asking for help or reaching out because now it’s too high. We know that everyone struggles with this, so it’s weird that student organisations and universities don’t have more offers, says Falch.

Social Media are an Opportunity

Social media can be a source of anxiety and sadness. In Falch’s opinion, it can be easy to compare your life to that of others when you scroll through the pages of Instagram and Snapchat. But it doesn’t have to be this way.

– Social media are a positive thing for students. We should use social media in the right way, as the way they were supposed to be: to gather people, make them connected, says Falch.