The leader of an outdoor organisation and a researcher give their advice on how to lead an active life during the winter. 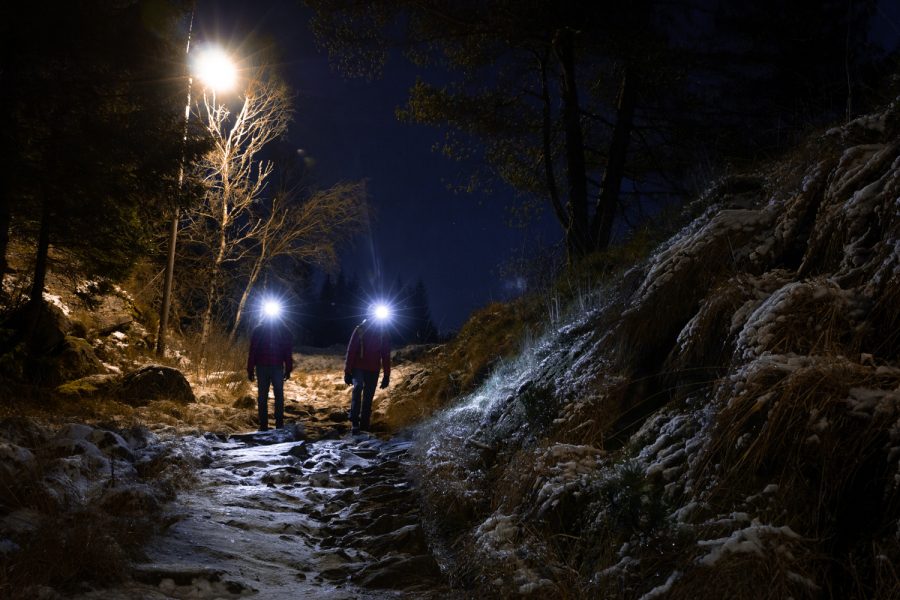 This article was written before the outbreak of the coronavirus. Now, there are several guidelines implemented by the Norwegian government that we have to follow in order to prevent spreading the virus. We have, however, been advised to go out of the house – taking walks in remote areas, or going hiking, as long as we keep our distance from other people.

– Going outside is a Bergen thing, but sometimes it isn’t easy.

So says Julien Schlicht, a design student who is one of the leaders at BSI Friluft’s Monday jogging. Schlicht originally came to Bergen from Germany as an exchange student in 2015. He has been working as a leader in Bergen’s student outdoor organisation for two years.

The outdoors is an important part of Bergen life, but the long, dark, wet winter makes it tough for many students to get out on a regular basis. Rain or shine, darkness or light, many locals will still head outside, often layered in Gore-Tex, into the mountains or woods for their tur.

Over his time in Bergen, Schlicht has become more and more comfortable being out in the winter darkness. Despite this, he still appreciates the lights that wind around the city mountains.

– There are tough months with no snow, ice and exams coming. A headlamp is necessary to get out in the hills, unless you use the floodlit trails, the lysløypa.

The easy way to be active outside in Bergen

Schlicht has a few pieces of advice for students who want to stay active outside in Bergen in winter. That starts with the organisation itself.

– BSI Friluft is a comfortable organisation. You can be as involved or not involved as you want. Experienced leaders can help people feel more comfortable.

But Schlicht points out that there are other ways to get out and be active during the winter.

– It is nice to go with others who are also interested, and the trips don’t always have to be hard core. Everyone knows about Fløyen, but there are other nice places very close to the city, like Svartevika. Just remember, you don’t always have to do Vidden to have a nice outdoor experience in Bergen.

But why do so many people brave the elements to get outside during the winter? Ellen Haug is a researcher at the HEMIL Institute in the Department of Health Promotion and Development at the University of Bergen (UiB). Haug presents to Studvest an overview of the academic interest in the topic.

The institute offers three masters programs centring around mental health and wellbeing. Haug speaks of numerous ongoing studies regarding the relationship between physical activity and wellbeing.

– The SHoT study, which is the national study of health and wellbeing amongst students, is a good place to start. The study is being carried out by a Bergen based department of the Norwegian Institute of Public Health.

The SHoT study reveals some notable figures about Norwegian students. Two-thirds of students exercise two to three times a week, while one quarter exercise daily.

Haug does acknowledge a cultural and historic influence in these figures.

– In general, people in Norway are active. However, older people are using outdoor activities more, while younger people are increasingly interested in fitness.

The benefits: inside and out

Haug speaks at length of the benefits in this kind of activity, but especially of outdoor activity.

– It is easy and free to be outside. There is a sense of relaxation and freedom in being outside, being taken away from the stress of studying inside. Outdoor activities are often social too, increasing endorphin levels and inducing chemicals like serotonin.

Although Haug notes that studies have also seen negative correlations between activity and stress level, as well as the barriers to activity, such as weather, she finishes with a potent point.

– Physical activity leads to more than just short-term benefits. There is a reduction in risk for lifestyle illnesses in the long term.