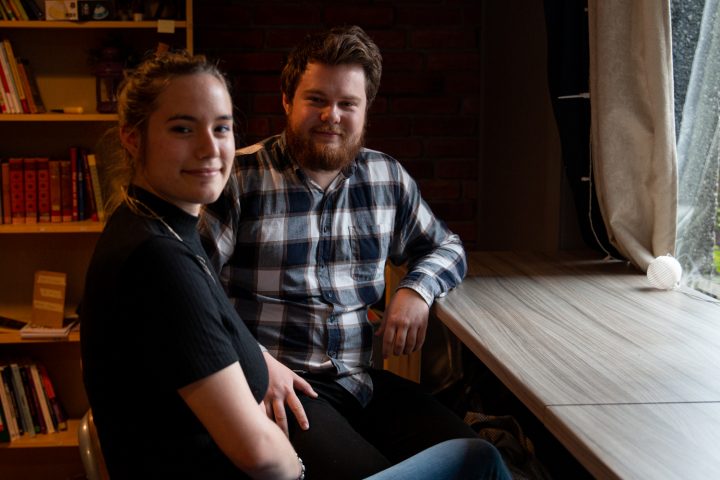 Ad fontes has seen an increase in both international volunteers and guests this semester. They hope to replicate this after the summer.

Ad fontes is a student bar located at UiB’s Faculty of Humanities. Earlier this semester Studvest wrote about their difficulties in keeping their normal opening hours. As reported, the group of new volunteers that helped keep the bar open was mostly made up of international students, a strategy they want to continue in the following semester.

Last semester they did as usual, and organised an event before mentor’s week where international students were invited to get to know Ad fontes. This semester, it was existing volunteers recruiting their friends that increased the number from a couple to a total of eleven international volunteers. 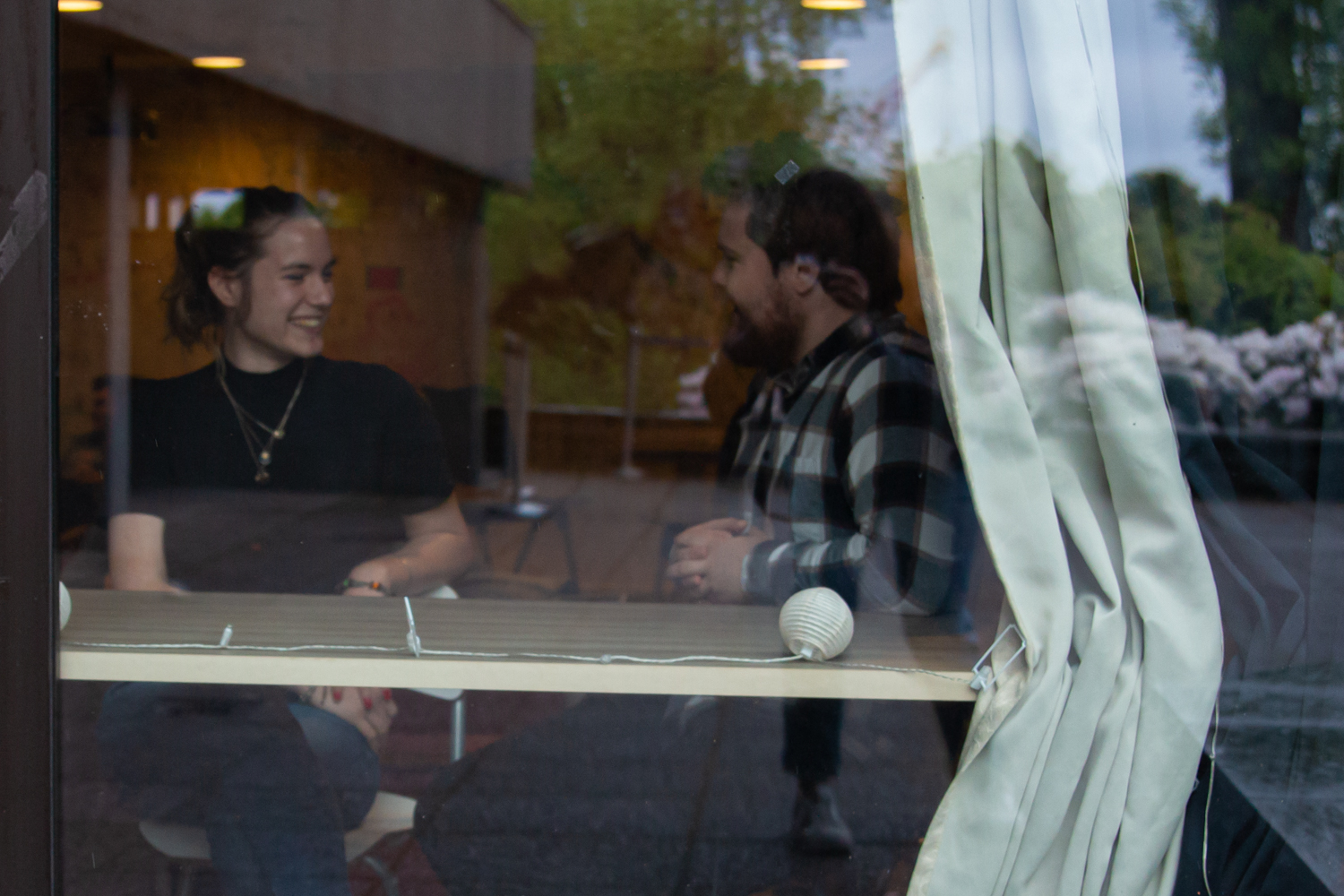 Community. Victoria Betis, from France, started volunteering to practice her Norwegian and get to know Norwegian people.

Easier to get to know Norwegian people

Victoria Betis is an international student from France and the bar’s manager. After she started volunteering, her friends started coming to the bar more often, along with their friends as well. She knew about the complaints from international students about it being hard to get to know local people, so she used it as a recruitment strategy.

— I think it helped that I would share a lot of posts on Facebook about Ad fontes and encouraging international students to come if they wanted to get to know Norwegian people, says Betis.

International students are after all only a third of over 40 bar members, with Norwegians occupying the rest of the volunteering positions at Ad fontes. Betis herself joined to get to practice her Norwegian more often.

She thinks one of the challenges Ad fontes faces when recruiting international students is their location.

— It’s kind of hard to find, which is a problem for new students, but it’s probably the student bar that is the furthest away from Fantoft, she explains. 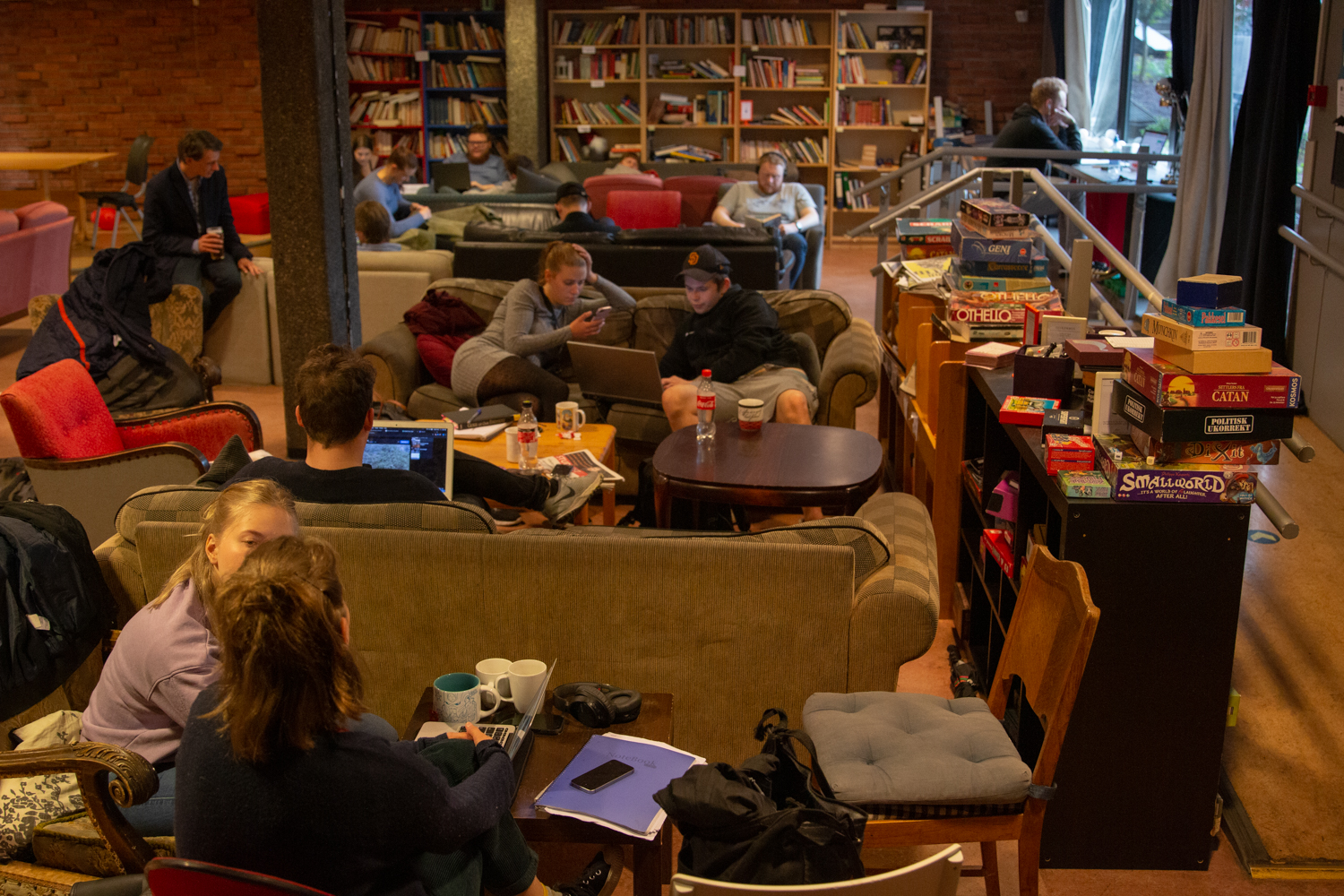 International Bar. Students can enjoy a cup of coffee at Ad fontes while practicing different languages with each other every Thursday.

In addition to volunteer recruitment, Ad fontes also hopes to attract a more international clientele with their events as well.

— We have an International Day each semester. We make a bit of food from different nationalities and ask people to bring their own, says Samdal.

Ad fontes also hosts a Language Exchange Cafe almost every Thursday which attracts both international students and members of their own faculty, where language degrees are taught.

The weekly quiz is another regular event easily accessible for all students, as the questions and answers are primarily read in English.

— And then they might repeat the question in Norwegian, says Betis.

— We definitely have more internationals students as guests now compared to earlier semesters. We always have groups of people speaking differs around the bar, says Samdal. 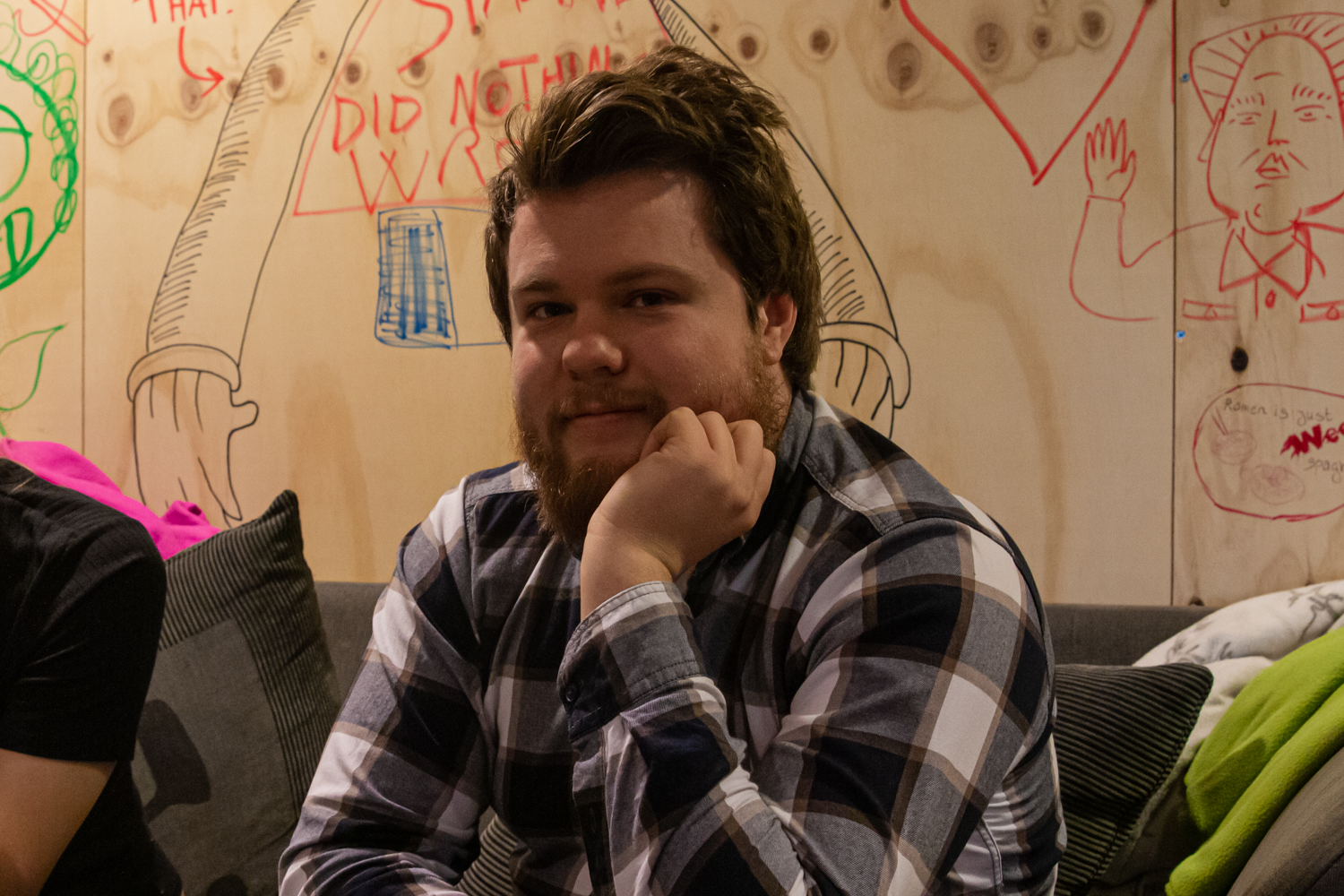 Parting term. This is Ole Samdal’s last semester as Adfontes’ leader, but he hopes the recruitment numbers continue increasing in the new school year.

From this semester Adfontes leader and its manager have learnt that it pays off to focus the recruitment of international students as well, even if their volunteering period won’t last long.

— Of course, it is always harder to recruit international students because they are usually only staying for this semester, says Samdal.

— This time we were lucky, and a couple of them that are staying on after this semester as well to continue their studies here.

This error message is only visible to WordPress admins