Giant, hunch-backed, half-blind, scary and cute all at the same time... Don't get me wrong, I'm not talking about your grandfather, but about this creature that can be found everywhere in Bergen: the troll. 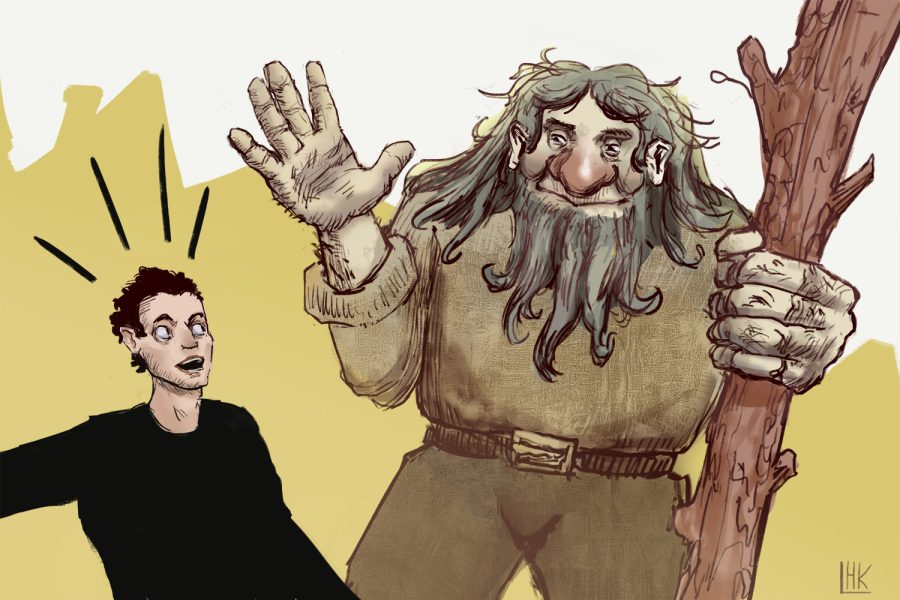 EVERYWHERE. The little dark eyes of trolls are following your steps everywhere in Bergen.

We all know what a troll is. I thought I knew them too. Not that I hung out with them regularly. But, like everyone else, I felt terrified while watching the trolls of «The Lord of the Rings» trying to eat Hobbit soup, or charmed when Queen Elsa got helped by an army of cute trolls in «Frozen».

Yeah, I thought I knew trolls, but I was wrong. I had no idea what an authentic Norwegian troll was.

Since I’ve arrived in Bergen, I immediately understood that these imaginary creatures were much more than random story characters.

From the souvenir shop in Bryggen to the wood statues on Fløyen, trolls are all over Bergen. They seem as essential to the town as coffee is vital for Norwegian students, and we don’t joke with coffee.

Once upon a time

In order to understand, I plunged myself into Scandinavian mythology. There, I learned that trolls find their roots in Norse folklore and legends. Since the Viking Age, they evolved with the nordic societies through imagination and tales.

In the legends – which were made popular recently by the Norwegian writer Henrik Ibsen, trolls are mostly depicted as humanoid creatures who are living in isolated communities by mountains or caves.

Jonstars are colossal beings with harsh features, often one-eyed and which look like time-worn stones. They are those huge monsters that occupy the darkest dreams of Norway’s children, and who also inspired the international pop-culture.

The members of the huldrefolk, on the contrary, are looking like cunning little humans with tails. Those ones are very malicious, so be careful, they are probably already hidden amongst the students you call friends.

Every stone is a troll’s bone

Now I know that the link from trolls to nature is a key factor. In his book «Troll i Norge», the Norwegian author Odd Olas writes that «The troll is dark and ponderous and covered with a tangle of foliage, like a piece of the woods and mountains brought to life».

It is crystal clear: trolls are not only living in nature, they are nature. They represent its greatness and mystery. And, Bergen being hugged by seven mountains, it seems coherent for the town to be highly populated by trolls.

Hunting trolls is a piece of cake. All you have to do is to go off exploring Bergen’s surroundings, and you will simply feel their presence.

Why not hike Trolltunga (the troll’s tongue)? Or you are maybe too lazy to search for them. In that case you shouldn’t worry. In Bergen, trolls have probably already found you. It may even be one of them talking to you right now.