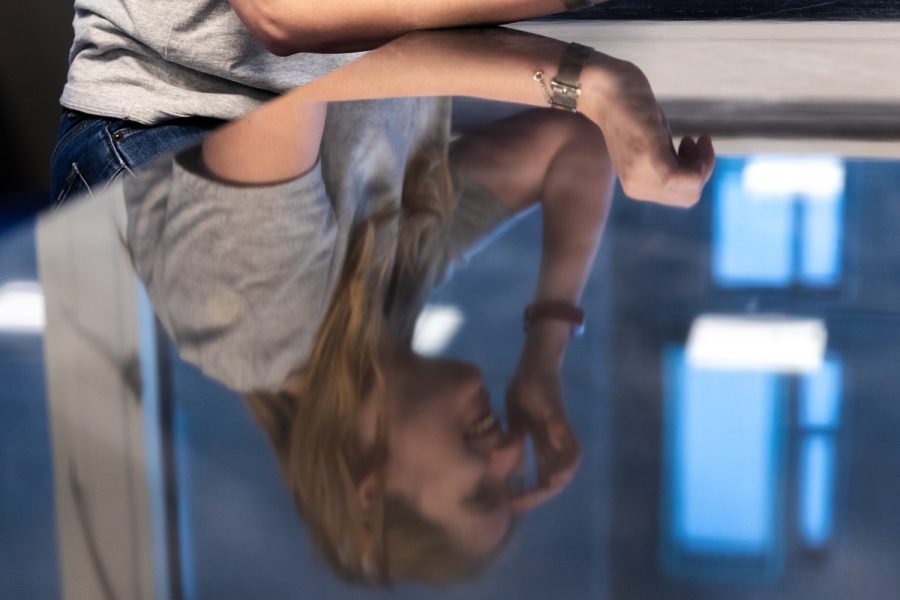 REFLECTIONS. Ismay Bax talks about the challenges of trying to make more sustainable choices as a student.

When Ismay Bax came to Bergen last August she came by car. She is doing a two-year masters degree in System Dynamics and moved with her boyfriend and sister, who also studies in Bergen.

– The overall footprint is smaller when you go by car than if three people go by plane, Bax says.

While they bought the car to take trips through Norway, it also meant they were able to bring some essentials. Despite this, they still needed to buy new things after arriving in Bergen.

Initially, it seemed like an environmentally and economically sustainable decision. If you stay in Norway for more than a few months, you are required to import your car. However, despite the research Bax and her partner did, the process was a lot more expensive than expected.

She adds that because they were legally not allowed to drive the car during the processing time the car battery now has problems, creating further environmental and financial costs. If more necessities were provided in their apartment, the benefits of bringing a car would have been lower.

Bax, who is from The Netherlands, believes that it would be better if more would have been provided in her accommodation as the life-span of the products would be longer.

– That would be nicer because now, after two years, if we move out of Fantoft, what’s going to happen with the things that you bought?, Bax says.

She hopes that someone will enjoy her things when the time comes, as she does not feel good about just throwing them away. However, she is unsure what to do.

– In a foreign country you don’t know how things go and how things are organized, which also makes it more difficult to be sustainable, says Bax.

Read also: – The city feels more and more like home

It can be hard to know what is offered, especially when the language can create an extra barrier.

And even when you can recognize the options, there often is a financial barrier.

– You can’t always pick the more sustainable option because it is just so expensive, she says.

Buying second hand can be a good alternative for students as it is often cheaper and products can have another life. Yet, it can be hard to find something that fits.

– We got lucky, says Bax about the couch she found.

Bax explains that the selection was limited, with one couch costing more than a brand new one would in her home country. While Bax was able to transport her new couch by car, many students do not have that option. This makes a cheap couch from Ikea all the more attractive.

While she believes that Norway tries to be sustainable, she describes how some of the sustainable alternatives can be limiting and hard to access.

As part of Norway’s transition to being more digital, the Bybanen are switching to solely mobile tickets. For Bax, and others who use the card system, this is a problem. She cannot show that she has a ticket in the app as her internet bundle does not work in Norway.

The result? Bax will have to upgrade her device so that she can take public transport. She is concerned for those who do not have access to the technology as there is no other option.

– They are just making it a little bit difficult because they want to move too fast, she says.