Many international students have decided to try dumpster diving during their stay in Norway. Motives are various - from simply saving money, to environmental reasons or even the social aspect of the activity. 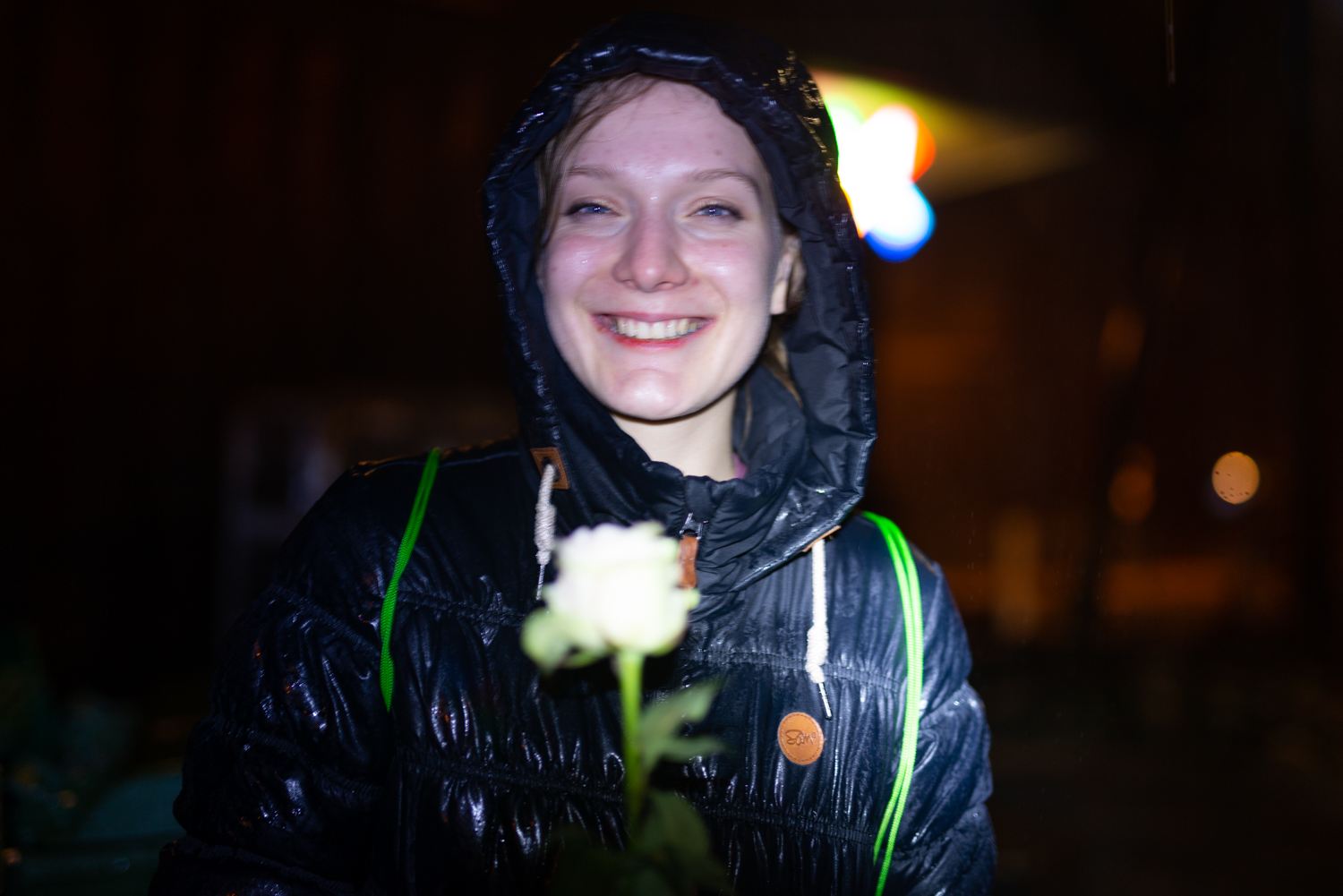 SOCIAL AND FUN. Exchange student Hedvika Kotherová considers dumpster diving to be especially enjoyable when in a group of like-minded people.

An attempt to reduce food waste or just another way of saving money. Dumpster diving is controversial yet trendy activity among international students in Bergen. Among them is Hedvika Kotherová.

She is a student of political science from Czech republic and she is staying in Bergen for one semester thanks to Erasmus+ programme. When here, she decided to try a yet unexplored activity – «dumpster diving». This is an activity in which you collect food that has been thrown away by supermarkets.

– I save hundreds of NOK each month, maybe even each week, thanks to dumpster diving, she says.

– Let’s be honest, it is the main reason why I do it. But it is also great to meet people and to help the environment. 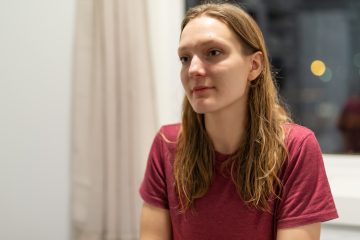 SAVING IS A MUST. Hedvika Kotherová believe that saving money in Norway is necessary, especially for foreign students.

Norway belongs in the top category in the Erasmus+ programme grant classification – students from Czech republic studying in Norway receive 510 euro per month. However, University of Bergen (UiB) estimation of monthly expenses of an average student amounts to whopping 1150 euro. Such an amount is an average salary in Czech republic and exceeds Czech student expenses many times.

Kotherová never tried dumpster diving in her home country, because it is forbidden by the law. But here in Norway it is helping to make her stay in Norway financially bearable.

– Norway is definitely very expensive country for students. I am trying to save money, especially through dumpster diving.

Edible food is thrown away

German psychology student Tobias Elst also started to practice dumpster diving while in Norway. He explains that his perspective on dumpster diving have changed over time.

– I have wanted to try it for a long time, and here in Norway I started just to save money. I found out how much good food is thrown away and now I just want to save food and not the money, he says.

He mentions an important moment when he found out about italian apples without a scratch being thrown away. 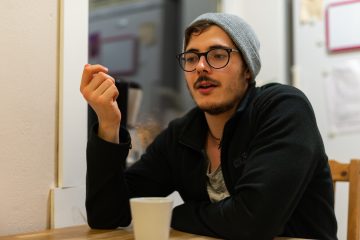 FOOD WASTE. Tobias Elst explains how his attitude changed when he found out about how extensive food waste is.

– It really opened my mind. They shipped those apples to Norway and then they just throw them away, he explains.

It is estimated that approximately 350 000 metric tonnes of edible food is thrown away in Norway every year, according to government figures. That means approximately 68 kilograms of food per person per year.

Searching for the right spot

Not every place is suitable for dumpster divers. The students mention that the activity can bring unexpected difficulties. Many supermarkets may hide their containers or lock them.

– At the beginning we walked for hours and returned with one apple. You just have to be lucky, we have found our favourite dumpster by accident, says Kotherová.

– It is really like treasure hunt. Sometimes you find the treasure and you can share it with other people. If you don’t find anything you are a bit upset, but at the same time it is very good that they didn’t throw away any food, says Elst. 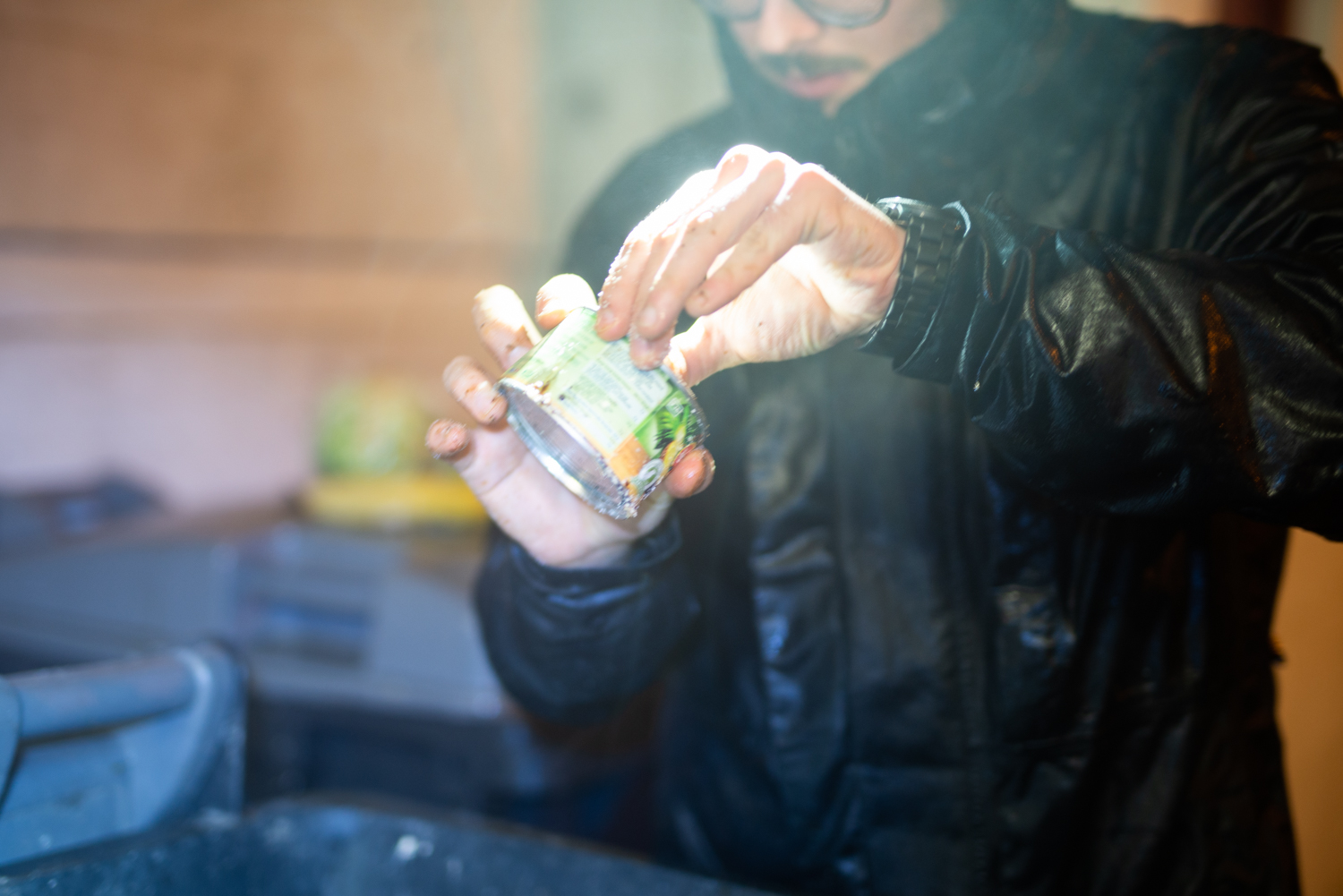 SAVING FOOD. – Nowadays I do dumpster diving primarily to save the food being wasted and not to save money, says Tobias Elst.

Not just about the money

The students says that dumpster diving is not just about saving money – it is also a social activity.

– I know several other people who practice dumpster diving. When we go together we get to know each other. It really connects us, Kotherová explains.

– I have never been dumpster diving alone and I will never do it as I do not find it enjoyable.

– You mainly do it for the food, but it is also nice to hang out with people. I think that people who practice dumpster diving have similar mindset and opinions.