While lockdowns and restrictions inhibit social interactions, some exchange students in Bergen manage to build a social life. 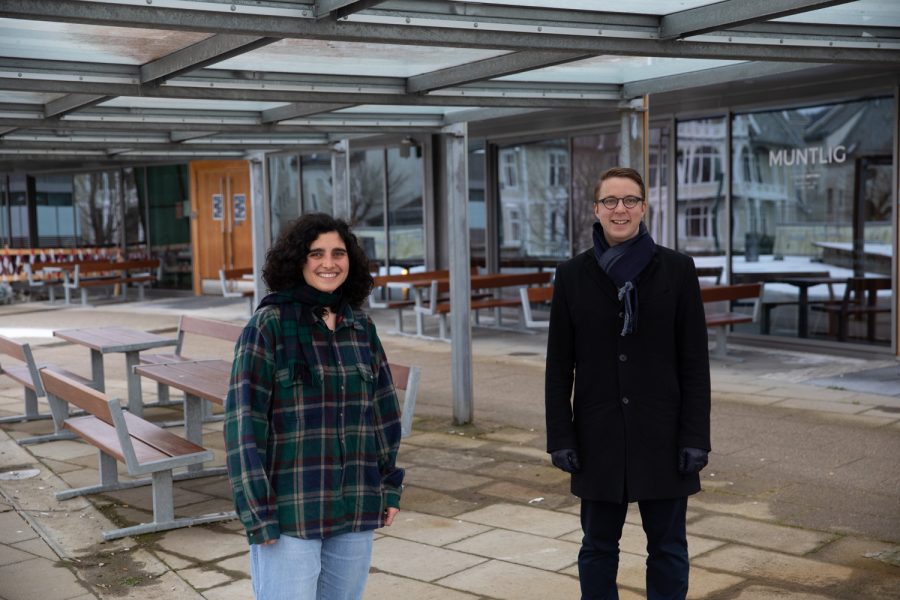 – It’s challenging because you need to have some fantasy to have social interaction, you can’t just have a huge party.

This says Lasse Lund, an exchange student from Finland, about the social life in Bergen during the pandemic. Even though he has been having a great time in Bergen, he does admit that the current situation has forced him to use alternative methods to find new friends.

Difficult to meet new people in a natural way

While Bergen has been in lockdown several times since he arrived in January, he has been exploring the city and making new friends.

– I expected that I wouldn’t have any social interaction, because of the corona restrictions. However, I was very positively surprised that I could meet new people, Lund tells.

Lund explains that the UiB Facebook group was a good starting point for him to get in touch with other exchange students. He especially used the group to meet other Finnish students. They have gone on hikes and other trips together.

Even though he has met a few international students, he still thinks he would have been more internationally oriented if there was no pandemic.

– I need to say that I meet up with a lot of Finnish people, but it is difficult to meet people randomly, says Lund.

– I feel like you appreciate even the little contact you have with other people, says Taraneh Redwood, a marine biology exchange student from Germany.

Redwood also feels positive about her stay in Bergen, and the pandemic has made her come up with some creative ways to meet other students.

– I try to find alternatives and spend a lot of time outside with new people, she adds.

Redwood is a part of the IMBRSea program, which means that she has been on an exchange in Asia and France earlier. She thinks that the pandemic made this exchange special because she has been meeting with the same small group of people.

Additionally, she has made some good friends through the fieldwork in her Masters’ program.

– Most of the people I’m close with are the ones I’ve met on the boat or in the lab, Redwood tells.

Erasmus Student Network (ESN) Bergen plans social activities for international students in Bergen. Both Redwood and Lund highlight how the organization has brought them together with other students.

– I attended the ESN hike to Fløyen, and here I met a lot of people, Lund states.

– ESN did a great job in bringing people together and they had interesting offers, Redwood adds.

Both ESN President, Victoria Ackford, and ESN Buddy program manager, Ingrid Lorange, are happy that ESN has helped exchange students. However, they admit that lockdowns damage the organization’s work.

In the current situation, few students attend the events they host, both offline and online.

– We got to make a few events initially so people got some friends. Maybe they don’t need the events as much anymore, Ackford states.

Buddy manager Lorange, adds that the uncertainty about future restrictions might affect the students being eager to sign up for events.

Although they were not able to provide the experience they intended, they have heard about several cases similar to Lund and Redwoods.

–  Even though exchange students have not been to the University physically, they still have met people in other ways, Lorange says.

Both Lund and Redwood tell that the university didn’t play an important role in facilitating a social life.

– The university did not have an active role in creating a social life for me personally, says Redwood.

The international coordinators at Lunds and Redwood’s faculties at UiB admit that students, in general, have most likely suffered from a restricted social life due to the pandemic, but that they have tried to plan introduction programs in line with restrictions.

– Due to the pandemic, they have unfortunately not been able to organize many activities this past year, they add.

However, both students agree that they have had a great exchange experience despite less social interaction at campus.

– I don’t want to blame UIB for have been passive, because I’m very positive about my stay here, ends Lund.