Juan Arturo Álvarez’s time as a student in Bergen has made him wonder about the differences between studying in a developed country and a developing one. 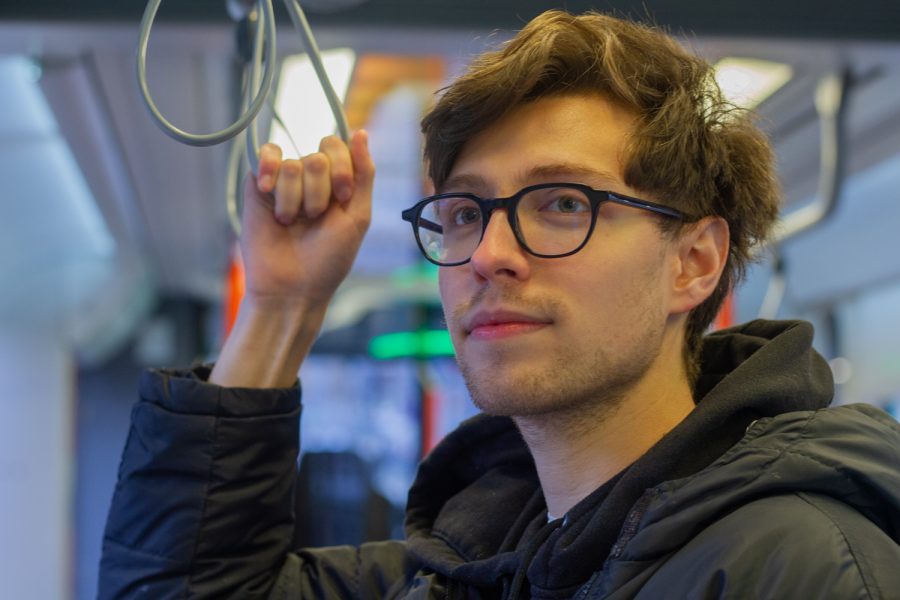 THE FUTURE. Even though Arturo seems sceptical about the future of Mexico, he still finds hope.

It is not very common to find Mexican students in Norway, let alone Bergen. However, Juan Arturo Álvarezs, a physics student from Mexico City, chose to come because he has family here.

– I met them when I was younger, and I was fascinated by Norway because I love nature.

Also, he thinks it’s a privilege to do research in the northern country, especially in his field of studies.

In Norway, Arturo feels more relaxed and believes it’s due to the social circumstances of each country.

– In Mexico, we are a lot of people, and our economy is not great, so there’s a lot of competition between students. If you want to get into a public university or get a scholarship you need to outperform everyone else, says Arturo.

Aside from the differences in course load, Arturo’s concerns involve Mexico’s economic and political landscape.

Although college students have a significant presence in the Mexican psyche, because of the promise of social mobility through knowledge, the odds of overcoming adversity are more than slim. According to the Organisation for Economic Co-operation and Development, in 2017 only 17 percent of the Mexican population had a college degree. In contrast 35.3 percent of Norwegians have attained higher education.

– A big problem in Mexico is that if you’re rich, thanks to nepotism, your life is already figured out. So the stress of competition and the inequalities that come with it are not shared by everyone, Arturo says.

The work field is also very different from Europe’s. Arturo believes that the industry views Mexican physicists, along with engineers, as not only workers, but cheap workers.

It’s not just about money, it’s about life

– Students are very involved in Mexico’s political life. We try to promote social change, but it’s very difficult to get politicians to listen, Arturo says.

The president, Andrés Manuel López Obrador, argues that student movements, and students in general, have been co-opted by the right. Moreover, the government has cut public funding for several public universities and research programs. But politics reach more than budgets.

– The government is killing students and journalists that go against the things they’re saying. If you want to tell the truth or change something in Mexico, there is a good chance you’re going to get killed, says Arturo.

However, Arturo is a firm believer that things could be better.

– As long as people are still fighting for their rights and haven’t given up against the government, at some point, Mexico will get much better”, he says.

The future in Mexico

– Politics aside, Juan Arturo also feels safer here in Norway than in Mexico.

– If you’re a woman in Mexico, it doesn’t matter where you are, you are always terrified to be outside. As a man it’s not as bad, but not good either.

Arturo never feels in danger in Bergen. Not even when he is walking home at 3 am in the night, as he would do in Mexico.

When asked if he wants to continue living in Mexico Arturo is not sure he would be able to.

– For work reasons I don’t think I will be able to stay in Mexico. If I found a job in my field, with a decent salary, I would take it. But Mexico is always in a crisis: economic, social, and political.

Arturo feels that Mexico is left behind.

– The world is reaching a tipping point where the environment, money, everything is changing, and Mexico is getting left behind. The current government is not working for our future. It would be ideal if Mexico was like Norway, Arturo says.

Even though Arturo seems sceptical about the future of Mexico, he still finds hope.

– People in Norway live so well, they have good social programs, salaries, and health. For Mexico to get there it is going to take many years, but I think it could happen.

Read also: WTF… is going on with alcohol in Norway
Read also: You can’t always pick the more sustainable option