Gap years between bachelor's and master's are in some countries viewed as a valuable experience. On the other hand, some countries see it as a waste of resources. 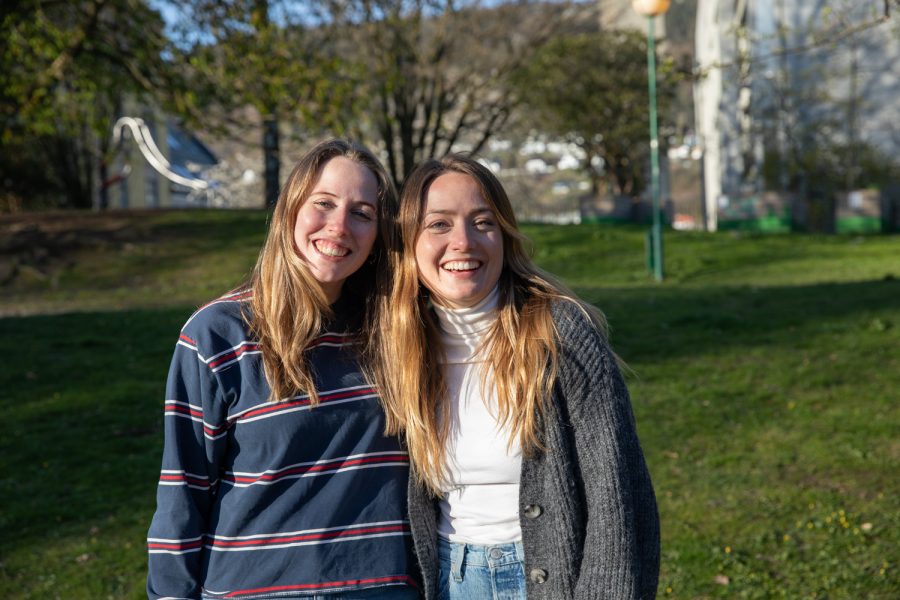 COMPASS. For Lena Debanck (left) and Sophie Schroeter a gap year in between their studies helped them take position to their future education.

– I wasn’t sure about what to do with my master, it’s an overwhelming decision!

Lena Debanck (23) is an exchange student studying European Studies at the University of Bergen (UiB). After finishing her bachelor’s degree in Art and Culture, she decided to take a gap year in order to clear her thoughts about her future. The Luxembourgian student wanted to discover the employment sector by combining paid work with life experience.

Frida Stormo Magnussen (24) and Sophie Schroeter (24) had different aims for their gap years. They both wanted to get away and travel, finding new inspiration abroad.

The Norwegian student Frida is still in the middle of her gap year between her bachelor’s and master’s programs in clinical nutrition and is traveling from one part of Europe to another in search of new adventures. Sophie, from Germany, went further. Trying to combine work and social life, she traveled to Australia. She is now doing a one-year Erasmus program in communications at UiB.

Lena did her bachelor’s degree in the Netherlands. Here she realized that the competition for master’s degrees was very high.

– The risk was settling for mediocrity and studying something I was not interested in, the student from Luxembourg says.

– It wasn’t easy, she confesses.

Lena explains that the judgment of others can sometimes act as a brake on important decisions.

– Society and family in Luxembourg put pressure on students to finish as soon as they can. Their parents’ generation plays an important role.

In fact, the more Lena heard about the experiences of others, the more she became convinced that it might not have been the right decision to make.

– I compared myself to other friends who were starting their master’s programs. However, I wasn’t motivated anymore.

Later she became perfectly aware that what might have been an exception for her was normal for students in other countries.

On that point, the Norwegian student Frida has the same perception. Indeed, she experienced that society can have a very clear opinion of what young people should do, but not so much of what is best for them.

As a matter of fact, even for Frida, it was not an easy decision.

– It was probably the hardest decision I have ever had to make, she explains.

In fact, Frida took this decision after receiving the acceptance letter for the master’s degree she had always dreamed of.

– I was so happy to have passed the selection, but in my heart, I knew that the timing was not right.

Sophie, the German student, has a different impression of the role of gap year among university students. Gap years after bachelor’s degrees are common in Germany. She explains that when applying for jobs, it’s almost a requirement to have taken a gap year. It shows that the student is open-minded and independent.

– Priorities change over time. Compared to my gap year after high school, I was more mature this time. I focused more on my future aspirations, she says.

Lena tells that in order to have a successful gap year it is necessary to get informed and plan it carefully.

– Everyone is at different points in their lives and are looking for different things. I decided to stay in Luxembourg and applied to become an elementary school substitute teacher, she says.

Frida, on the other hand, dropped her spot in the master’s program, packed her suitcases, and experienced the life she had always dreamed of.

– It was super scary, but I needed to see and do something else other than sitting at a desk at the university library.

The Norwegian student started her gap year experience by collecting some money. She worked at a hotel for five months and then she worked with covid tracing for one month. Then her journey started.

– I traveled to Tromsø a couple of times, Oslo, Drammen, Bodø, Nordmøre, Lanzarote, and other European destinations.

Sophie had a travel plan as well.

– It was frustrating, she explains.

Doing an internship abroad is not that easy. At first, she didn’t receive any feedback for possible job opportunities, but she did not give up and she kept on trying. Indeed, Sophie realized that one of the keys to a successful gap year is to be flexible and consider more opportunities.

– In the end, I got accepted in Australia. I worked in Sydney, at a governmental German institution for some months.

As the tone of her voice changes she explains her several plans for that year, even that she got accepted for an internship at the German Embassy in London.

– But, you know Covid, so I went back to Germany and I had to reinvent myself, she says shrugging her shoulders.

Going back to study

All the girls found inspiration and motivation to continue studying. The gap year seemed to be a springboard to find the country, the faculty, and the way to their dream job.

– After my gap year, I started studying again. I was so happy. I picked a master’s degree in Sweden. I’m really enthusiastic, Lena explains.

In fact, for Lena, the gap year was an opportunity to discover new talents and awareness.

– Working made me appreciate studying even more and vice versa.

According to Frida, everyone should have true excitement going into their studies.

– I thought that the gap year would change my mind about what to study, but it has only made me realize my passion for nutrition, and it gave me the strength to continue my studies, the Norwegian girl explains.

A lesson for life

Despite different backgrounds, nationalities, and goals, the gap year was a compass for the future of the three girls.

– If I hadn’t taken the gap year, I would probably have done a random master’s and would have rushed through my studies, Lena says.

– Everything happens for a reason. I am now doing a master’s degree in European studies in Sweden, which makes me happy.

In fact, Lena has completely changed her field of study, as her bachelor’s degree was in Arts and Culture.

– This gap year was a breath of fresh air and it helped me clear my mind, she points out.

Frida explains that during this gap year she achieved a lot and felt personal growth. She is grateful for the opportunity.

– I’ve learned that I’m capable of so many things.

Sophie thinks that despite the setbacks, the gap year helped her find her own way.

– I learned how to be more confident and independent, even to navigate around the world in the middle of a global pandemic, she says.

– Now I have friends all over the world. I worked on myself and I succeeded.