While vegan students are thriving quite well in Bergen with their vegan lifestyle, a nutritionist wouldn’t advise people to choose a vegan diet. 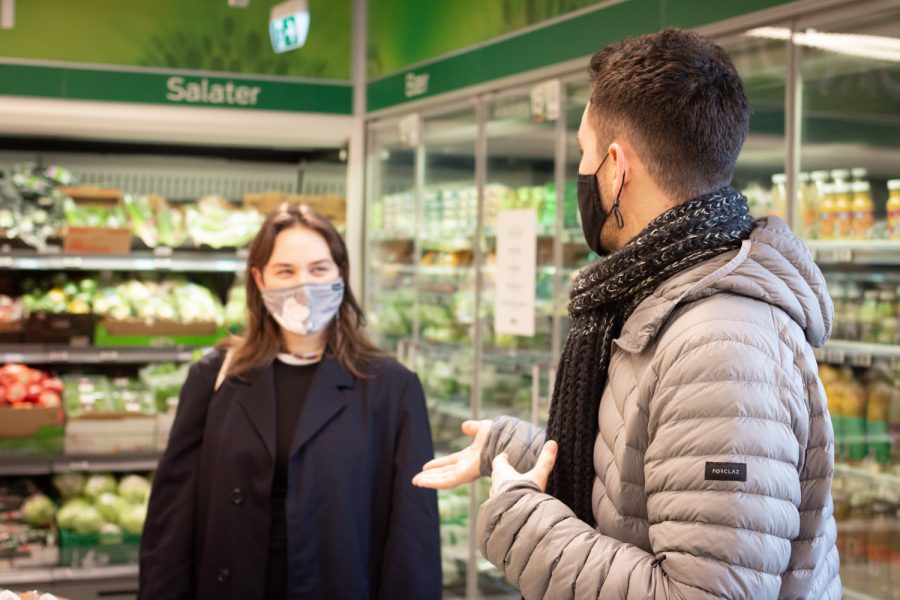 The exchange students, Laura Ruuder (21) and Pablo Vadillo (24), both began their vegan journey overnight. It all started as an experiment.

– Then I decided to stick to a plant-based diet with the debate about animal slaughters and the dairy industry, Ruuder says.

Many people get inspired to go vegan after seeing documentaries that underline animal cruelty, factory farming, and the meat and dairy industry. One of them is Vadillo.

– After I watched the movie Earthlings, I kind of decided instantly to go vegan, and now I am encouraged with the climate situation, but my number one reason is animal cruelty, he says.

A vegan person does not eat animals and excludes all animal products in their diet. According to research by Multidisciplinary Digital Publishing Institute, Veganism supports animal rights, wants to end animal suffering, promote environmental awareness, as well as contribute to protecting the planet.

The vegan variety in Bergen

Ruuder says that compared to Estonia, her home country, the vegan variety in Bergen is way less and that the vegan products are quite hidden in the grocery stores.

– I would say that the vegan milk variety in Bergen is quite good, but as for vegan meat substitutes, it is accessible but it is very expensive and the selection is modest, Ruuder tells.

Unlike Ruuder, Vadillo does not feel the lack of vegan products in Bergen.

– There are definitely vegan options. Even though there may not be endless options, there are always some alternatives to choose from, he says.

Ruuder also argues that there are very few vegan-takeaway places in Bergen.

– However, it does encourage you to cook more at home, she adds.

«The hidden fear» of the feedback

Ruuder is sometimes asked how she can resist the urge of not eating meat.

– People think you crave meat, but the thing is you don’t, she says.

However, Vadillo experiences something different.

– The feedback I get is mostly positive, people admire it and so far, I haven’t gotten any bad reaction from others, he says.

Even though they get different responses about being vegan, Ruuder and Vadillo both agree that they do not inform others about their vegan lifestyle beforehand.

– I try to avoid and stay back from saying that I am a vegan, because of the reaction I get from people and in order to avoid an argument, Ruuder states.

– It is not the fact that I am hiding my choices, but it is not something I tell people the first time I meet them, Vadillo says.

Vegans tend to have low stages of important fatty acids from fish, such as Omega-3, and low amounts of iodine and selenium as well, according to Jutta Dierkes. She is a professor in clinical nutrition in the medical faculty at the University of Bergen (UiB).

On the other hand, Dierkes mentions that there are many other good things associated with a vegan-lifestyle.

– Vegans have often much lower cholesterol and higher fiber intake than people that consume meat and animal products.

Dierkens answer about whether vegans are able to obtain sufficient protein without consuming meat or animal products might come as a surprise.

– If you carefully plan your diet and eat good food, such as legumes, beans, lentils, and mix them together with different grains, it is absolutely possible, she says.

An advice to new vegan beginners

Ruuder and Vadillo both agree that the most important thing when going vegan is to do a lot of research.

– You do not have to be an expert in nutrition, but you need to know some basics, says Vadillo.

– Do not stress of being the perfect vegan, he adds.

Dierkes wouldn’t advise people to cut out animal products and go vegan. Although, she understands that people choose vegan-lifestyle for environmental issues and animal welfare.

Dierkes would rather advise people to reduce meat intake and have a more balanced diet in direction to plant-based diet.

– Consuming less animal products is better for our planet, she adds.