Obscene, sexist, dirty, funny or offensive? No matter what, it seems like you better drink fast and learn some «russemusikk», if you want to survive Norwegian parties! 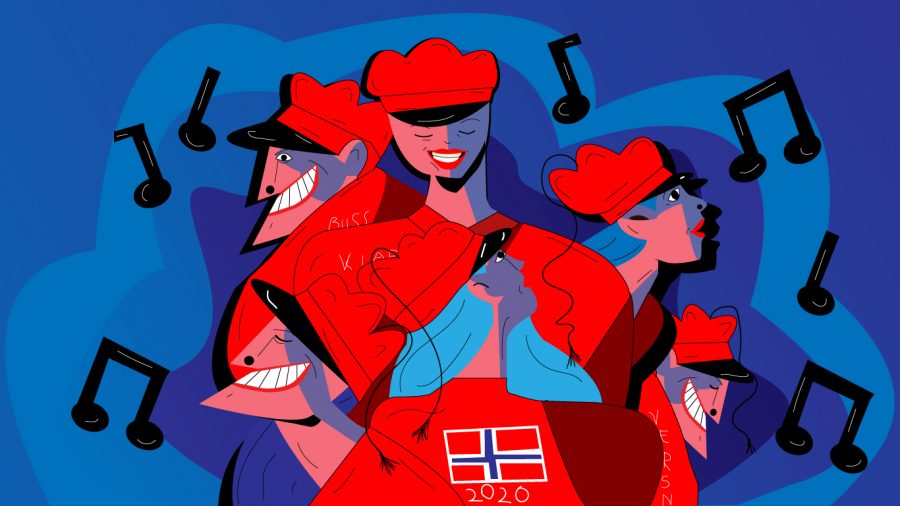 «Velkommen til den vakreste byen på jord. Få på deg gummistøvler for her blir det jævlig vått!» (Welcome to the most beautiful city in the world. Put your rain boots on because it’s going to be damn wet here!) Not hard to guess what beautiful city this «russelåt» (russ song) by TIX and The Pøssy Project is about. Sounds quite nice though, doesn’t it? Well, wait for it…

Having been in Norway for a few weeks now, I noticed something called «russ» coming up in different situations and it seems to be a very big deal.

A short clarification beforehand: «russ» is the word for high-school graduates and has nothing to do with Russians whatsoever. «Russemusikk» is connected to «russefeiring» or put differently – the Norwegian excuse for drinking like nothing else matters. Or, as Wikipedia puts it: «Drunkenness and public disturbances are regularly linked to the celebration.» Logically this takes place in the weeks before the final school examinations.

I haven’t quite figured out what the story behind «russelåter» is, but neither have most Norwegians, so it seems. Maybe it’s the barbaric Norwegian Viking culture coming through that lets one of the world’s most peaceful countries go all in with this music genre. Millions of streams, and the more obscene the better, seems to be the motto of «russemusikk». And as friends told me, by now it’s almost a contest about who comes up with the most «disturbing» lyrics. Anybody not convinced about the disturbance?

Well, this is how the song «Bergen 2018» continues: «Jeg vil til Bergen, vil til Bergen med det samme. Der alle damene er våtere enn fiskene i vannet. Brann står i underlivet, kjører på så hardt vi kan.» (I want to go to Bergen right away. Where all the ladies are wetter than the fish in the water. The lower abdomen is on fire, we’re driving as hard as we can.)

But what exactly happens with this cultural phenomenon?

«Russefeiring» traditionally starts sometime in April, depending on the place you live at and continues until Norway’s National Day.

A short survival guide for every international student for Norwegian parties and gatherings: Give the following songs a listen beforehand, don’t think too much about the lyrics, let your inner Viking show their voice, drink a lot, I mean, a lot, and surprise the Norwegians by being word-perfect in:

After spending a lot of time listening to what Spotify has to offer, I kind of grew to like it, and not being fluent in Norwegian helps a lot with ignoring the lyrics. This is something a lot of girls do during their «russetid», taking the active decision not to feel offended. It’s just how the genre works, is what I heard a lot, although especially some former «russ» question the content.

But, I have to admit though, that in the end it’s also a lot of fun.

At least the lyrics of my personal favorite «Fakk Popo (Dolce Vita 2020)» by BEK&Molberg address the contradiction in me: «Hun sa til meg at hun var femi nemi nist; Men synger alltid med på alle våre hits.» (She says to me that she’s a feminist, but sings to our songs all the time.)

Disclaimer: Don’t go partying right now during the corona crisis. The «russemusikk» will not disappear. You can get your chance to sing along in a less challenging time.