A guide for international students. 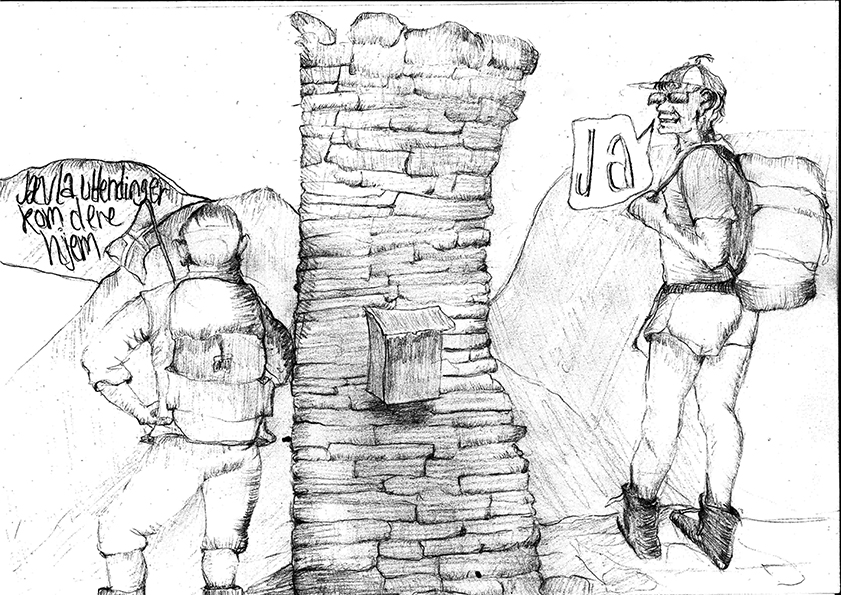 JUST SAY YES. When someone is talking to you, just say yes. It might be "go home, foreigner", but it's probably just related to the weather. ILLUSTRATION: TORA KYLLINGSTAD

How different is Norway from your home country? If your answer is “a lot!”, it means that you’ve probably committed social faux-pas that gave you away as an international student. If you want to blend more into the Norwegian society, you have come across the perfect article.

Here are a few tips that I, your well-concerned journalist and formerly lost-and-disoriented-international student myself, have experienced for you. After 8 months of living in Norway, I can assure you these tips will make you look way more Norwegian.

1. Don’t talk to anyone in the Bybanen 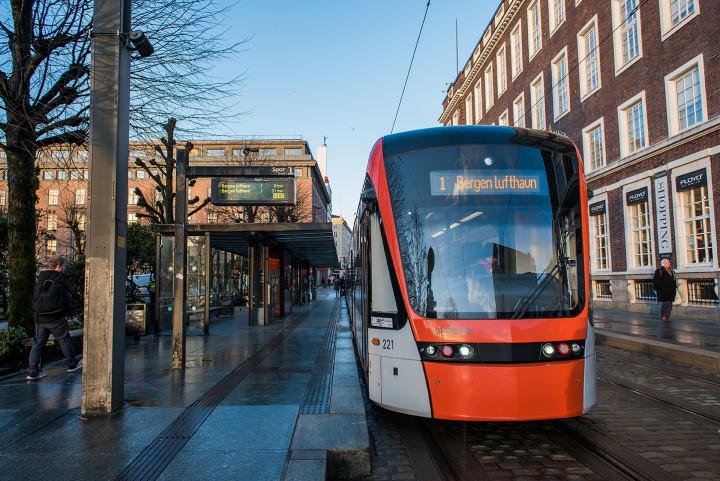 There’s a reason why this is tip n°1. In public, Norwegians tend to appear as cold as ice. Of course, it is just an appearance, for they are truly nice, but if you want to blend better, don’t talk. Don’t watch the person sitting next to you, don’t even acknowledge their presence. If you want to hop off and someone is sitting next to you, just stand up and make your way to the doors without a word. They’ll get it and let you pass.

2. Don’t say hello or goodbye to the bus driver

You’d be the bus weirdo if you do. In Paris, where I’m from , it is really impolite not to greet the bus driver when you hop on and off the bus. Here, it seems to be the other way around. It doesn’t mean that Norwegians are not polite, only that they don’t express this kind of things. If you say “hi”, all you would get in return from the bus driver is a suspicious look – I’ve tried – unless you come across a driver in a particularly expressive mood who would answer you. Now, you would both be the bus weirdos.

3. Don’t look right and left before crossing the street

Here’s something I love about Norway: Car drivers actually respect your right as a pedestrian to cross the street on the crosswalk. They stop the moment you show your intention of crossing the street. Sometimes, you have not even arrived yet at the crossing, but the car has already stopped and is waiting for you to go. You’re not used to that so you feel embarrassed for making the driver wait and you hurry to cross and wave a thanks. That gives you away, because 1) Norwegian don’t feel embarrassed to have their right respected and 2) you don’t wave thanks because it’s normal that the car lets you pass. If you don’t understand this point, go read again tip n°2.

If you have taken public transportation recently – without speaking to anyone, I hope – you must have noticed the advertisements about wearing reflectors for being seen during the endless winter nights. Not only is it essential for your safety, it will also make you look like a Norwegian. You can put them on your bag, coat or wrists without looking weird, isn’t it amazing? On the contrary, the weird ones are the ones who don’t wear reflectors/who go out unprotected. So “bruk refleks”.

5. Throw on your sport leggings and hiking shoes every day, even for school

My own observations have made me notice that Norwegians – at least Bergener’s – tend to favor practical clothes over fashionable ones. It’s understandable in a city where it rains so much you forget what the sun looks like. Plus, sport clothes are meant to be comfy, and comfy is all you want when it’s gray and cold outside.

6. Go on a hike the moment there’s a ray of sunlight – and even when it’s raining 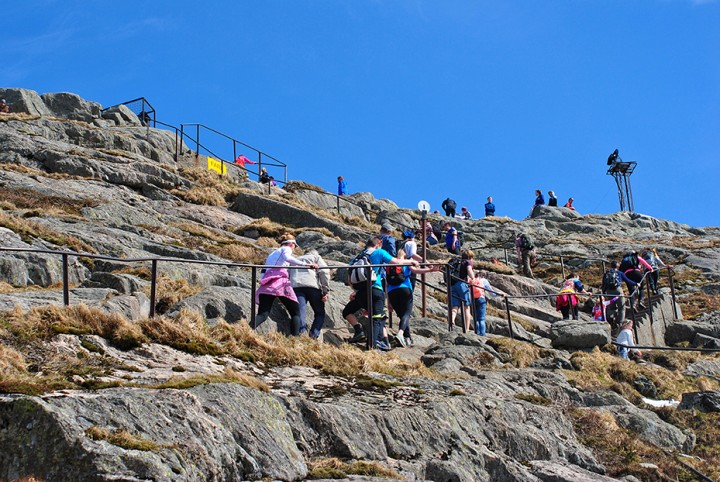 For multiple reasons. One, because hiking is as natural for Norwegians as breathing. Two, because you can’t go home after your exchange without having hiked Bergen’s seven mountains. You just can’t. Three, because it’s likely to be raining every day so if you wait for  good weather, you won’t do much things in Bergen. And four, because you’ll already wear you sport clothes, so why not make a use of what they’re made for? 😉

7. If someone talks to you in Norwegian during a hike and it doesn’t sound like a question, just smile and say “Ja !”

I know I just told you that Norwegians don’t talk to each other, but that is only accurate in the city. If you go hiking, you will see the same Norwegians but they will be smiling and talking to you – which is a good thing and a bad thing because then, you won’t understand what they’re saying. No worries! They’re probably just telling you how beautiful the weather is or how nice it is to go on a hike. But well, for that one I can’t be 100% sure since I don’t actually get what I’m being told…