Sammen had to spend 10 455 kroner to clean up graffiti in August. 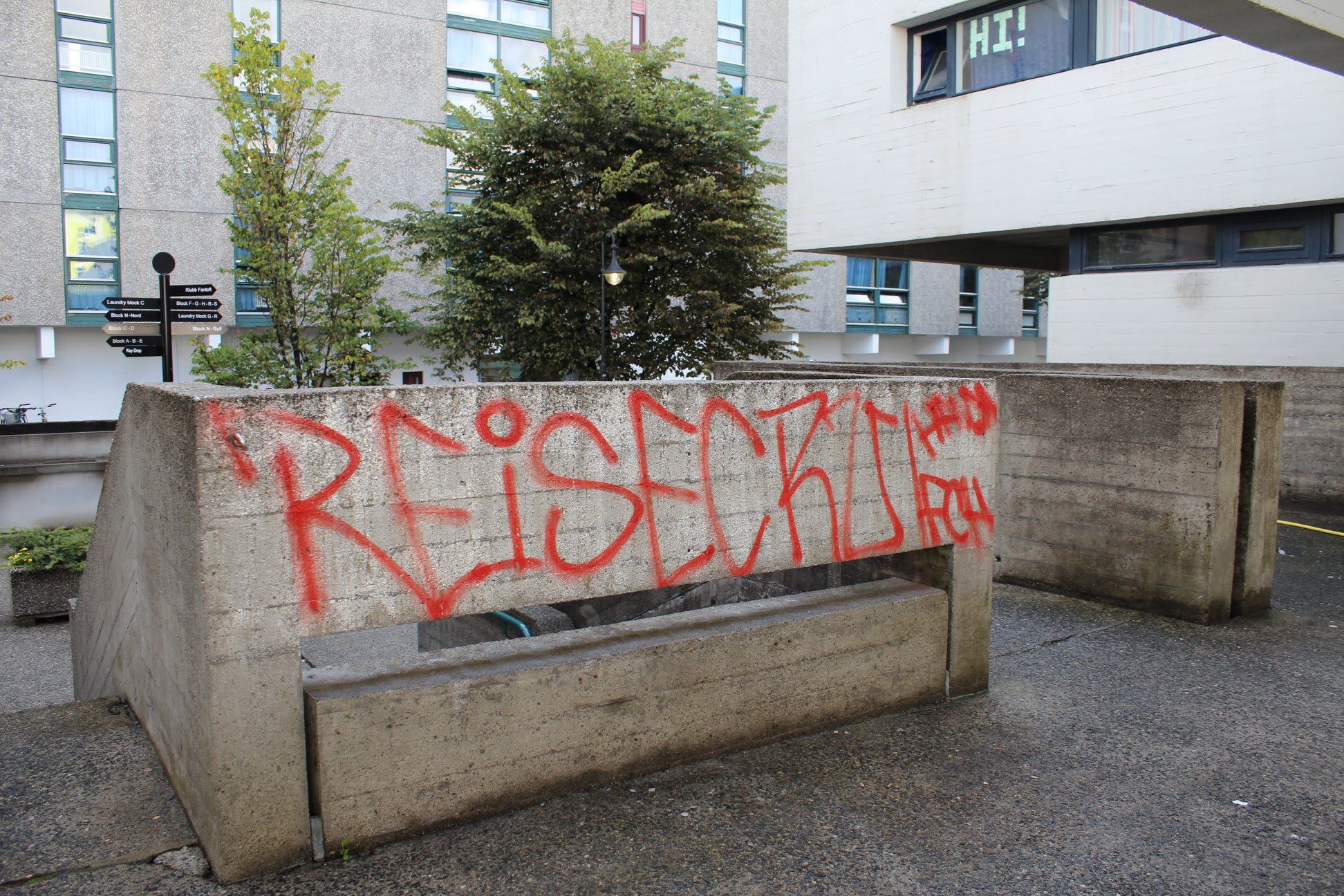 He tells us about one incident a couple of weeks ago where he was disappointed to find new graffiti on the clean elevator he had used just 10 minutes earlier that night. 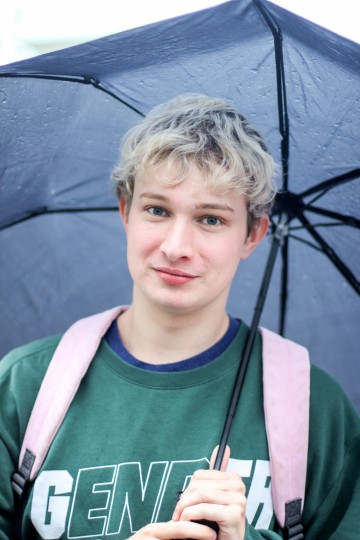 OFTEN. Fantoft resident James Moir is disappointed to that there is new grafitti so often.

Sammen’s sales and market director, Bente Holmevik, tells us there have been many instances of tagging in August, most of them being in the elevator inside the C/D-blocks, one between the administration building and klubb Fantoft and another in the washing room of Block G.

― It is very uncommon for it to happen so many times around the same place in such a short period of time, she says.

Holmevik also informs us that they have used 10 455 kroner in August to clean up the areas that have been tagged. She laments that students’ money and personnel’s time have to be wasted on something easily avoidable.

―It’s a shame because that money could be used for something more useful.

― We are all grown-ups living here. 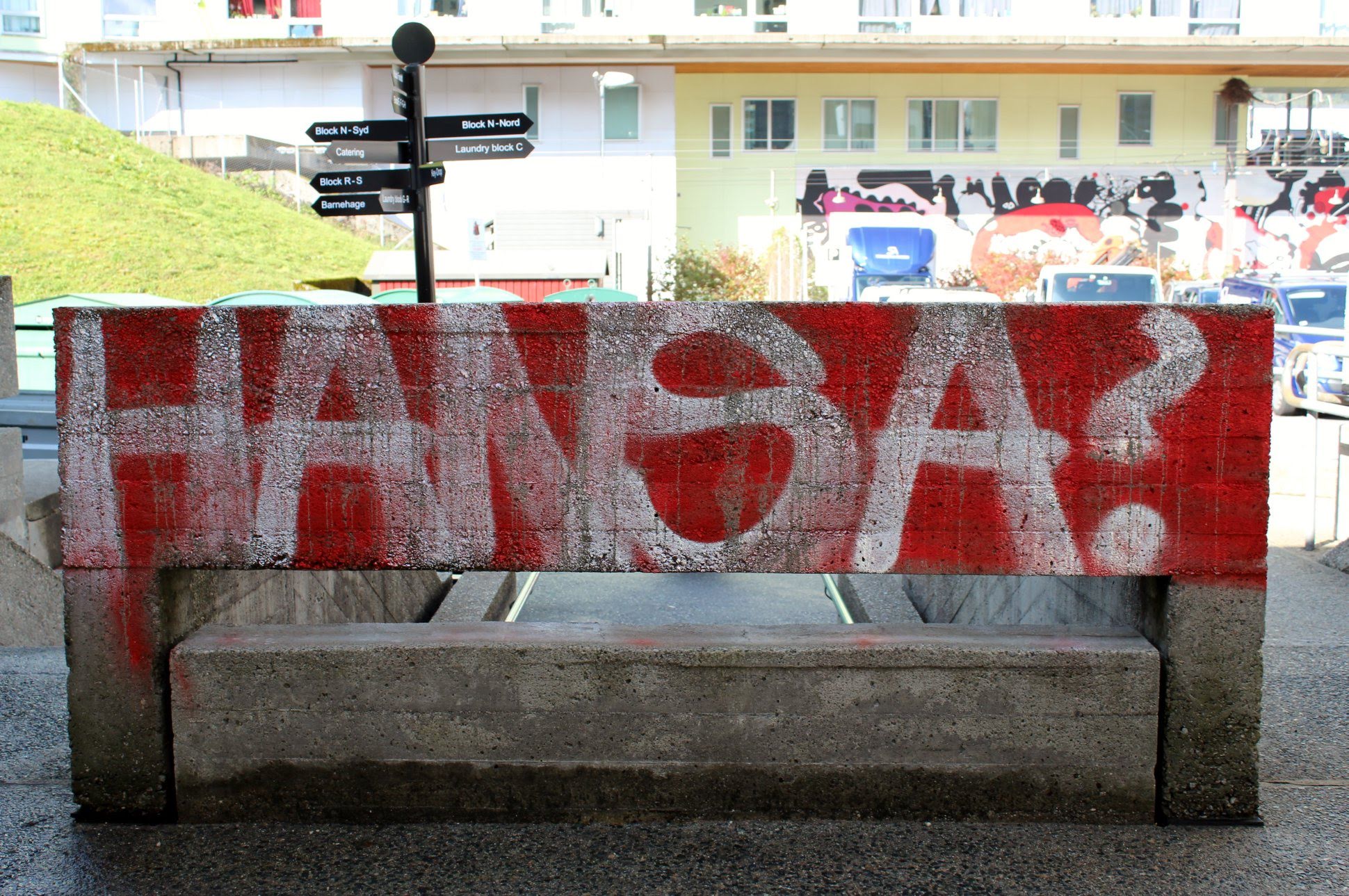 GERMAN. On the Facebook page “Bo Sammen — Bergen” a post was made about the incidents that hints at many of the graffitis being done by the same person or group of people, fans of the German football team Hansa Rostock. PHOTO: SAMMEN

This is what Jonas Nielsen from Denmark tells us when we ask him about his thoughts on the tagging that has become commonplace in the last month.

The C/D-blocks, where most of the graffiti has been found, finished its renovation of 157 million kroner this year.
Flora Svendsen, like Moir, Kienes and Nilsen, also lives in the newly renovated C/D-blocks at Fantoft. She thinks it is time for other residents to act more maturely and find better ways to be artistic.

― I like graffiti in general but I’m not a fan of tagging. We are all grown-ups living here. There’s no need to go around doing stuff like tagging the elevators at our age. People need to be more responsible. 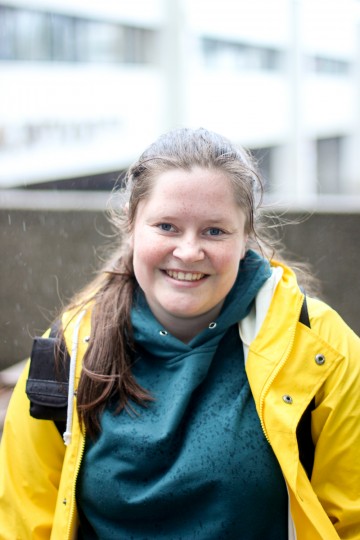 – This is not okay

On the Facebook page “Bo Sammen — Bergen” a post was made about the incidents that hints at many of the graffitis being done by the same person or group of people, fans of the German football team Hansa Rostock. The name of the team can be read on most of the pictures published. Despite this, Holmevik tells us that Sammen has no idea who is behind the graffiti.

An e-mail was also sent to the residents of the C/D-blocks with pictures of the tagged elevators.

― We published the post on Facebook and sent the email to inform the residents that this is not okay and to start a discussion, says Holmevik.

Many comments on the Facebook post express their frustration about the incidents and how they will reflect on Fantoft. A few are also wondering why Sammen has not invested in more security cameras to prevent this from happening as often.

Holmevik says that although Fantoft has security cameras in the outdoor areas, e.g. the parking lot, there has been no discussion on the subject of getting cameras for the inside areas or entrances of the buildings as a possible solution to the problem.

However, the consequences if you are caught damaging the premises are not up for discussion.

― If you’re caught then you will have to pay for the cost of the damage and the rental contract is terminated, Holmevik says.

― It is a clear breach of the contract.